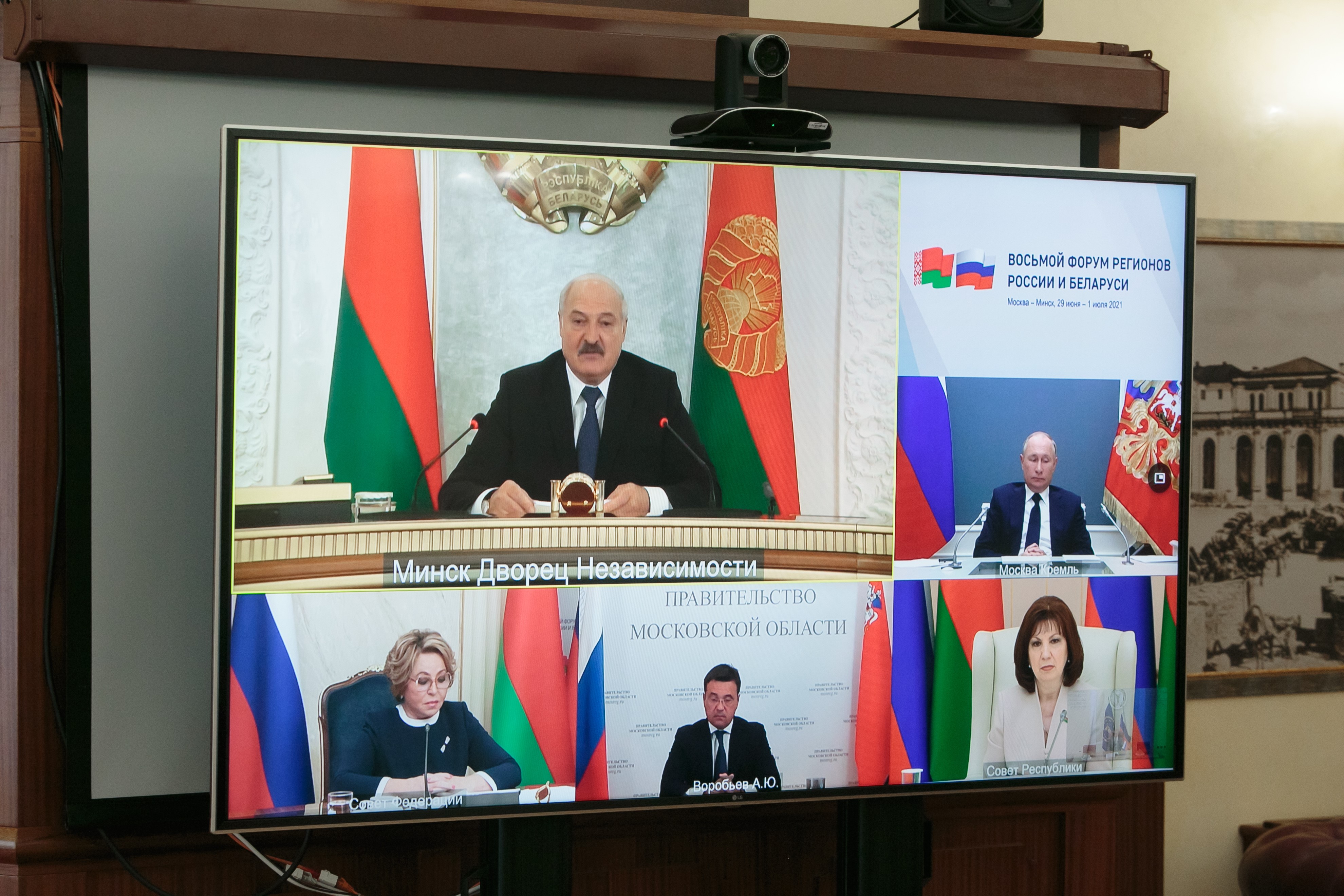 On July 1, 2021, a plenary session of the VIII Forum of the Regions of Russia and Belarus took place in a videoconference mode. The session was attended by the President of the Russian Chamber of Commerce and Industry Sergei Katyrin.

At her opening remarks, the Chairwoman of the Federation Council of the Federal Assembly of the Russian Federation Valentina Matvienko noted the high level of science and cooperation in this area between the two countries. She recalled that today digital and other science-intensive technologies literally penetrate all spheres of life, become a factor in the economic development of states and the growth of the well-being of our citizens. “Here Russia and Belarus certainly have advantages: both Russia and Belarus have always been distinguished by a high level of academic, industrial science, the desire to effectively use the results of advanced research and development,” Valentina Matvienko emphasized.

In his speech, Russian President Vladimir Putin stressed that Belarus is not just a good neighbor, but, above all, closest ally. He recalled that in connection with the 80th anniversary of the beginning of the Great Patriotic War, large-scale memorial events were held this year in the Brest Fortress, which was one of the first to take the blow of the aggressor.

Vladimir Putin noted the importance of regions becoming more actively involved in the implementation of the digital agenda and recalled that a number of joint innovative programs and projects are already being implemented in such areas as information and computing technologies, geological exploration and energy, genomic and medical research.

The governments of Russia and Belarus are working together on the use of uniform digital solutions that will significantly simplify taxation and customs clearance procedures, and increase the traceability of cargo transit, Vladimir Putin said. The largest Russian-Belarusian high-tech project is, of course, the construction of the Belarusian nuclear power plant by the state-owned Rosatom, said Putin.

The President of Belarus Alexander Lukashenko, speaking at the meeting, called the Forum of Regions “a unique economic platform”, which is very important against the attempts to destabilize the situation in the economy. Belarusians and Russians have every opportunity to develop economic ties, Lukashenko said, recalling the participation of Belarusian builders in the creation of the Belarusian nuclear power plant.

Lukashenko called the latest trends in the international arena destructive and called Russia's efforts to maintain a balance in the world while responding to geopolitical challenges unique. Lukashenka said that all the sanctions are "an unceremonious attempt to put a paw on foreign markets." According to him, the lag in digital technologies threatens the loss of independence. Lukashenko proposed to consider a project for the long-term development of the union state, as well as to build up cooperation in the development of integrated circuits. “We have created a huge layer of ITshniks and we must move on to creating the final product,” the President of Belarus said.