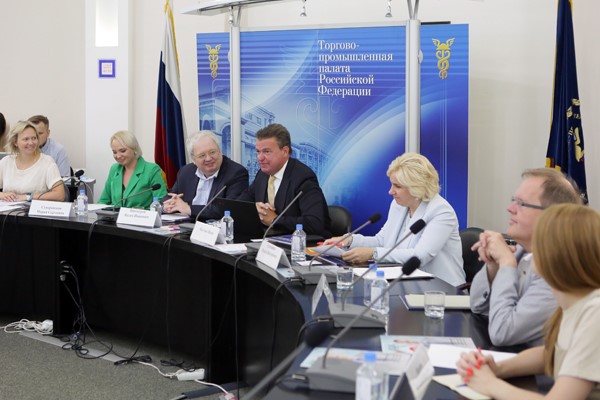 The roundtable was organized by the Russian Chamber of Commerce and Industry together with Russian Business Guide.

“No other foreign country makes so large investments to Russia like Germany and that defines us from Anglo-Saxon world,” Schepp said. According to him, with all difficult conditions Germany would remain present on the Russian market. At the first quarter of this year (2021) German investments to Russia investments amounted to 1 billion 100 million euros, said Schepp quoting the data of the Bundesbank. In 2018 Germany showed the record investments to Russia since the collapse of the USSR 3 billion 400 million euro. The exceptional was year 2007, when the annual investment were 7.4 billion euros due to a major deal between Germany and Russia. The Russian market is not as huge as the Chinese market, but it is also huge, stressed Matthias Schepp.

He mentioned that German chamber in Russia (Deutsch-Russiche Auslandshandelskammer) has grown by 11 percent, “we are not stagnating - we are growing”, - he said. German business in Russia feels comfortable, said Schepp. Russia is now a good business case and most investors now want to hire new workers, not fire, he said. The main task today is to attract new investors along with those who have firmly settled in the Russian market, such as Simmens. Not only Mercedes, Volkswagen or Henkel are present in Russia now, but also medium businesses.

According to a German representative, the family business in his country is now experiencing problems due to the aging of its owners and managers. “Often times, family businesses find themselves without leaders,” he said. Therefore, they look for new non-standard solutions and think about long-term prospects.

Sergei Nikitin, who took part in the zoom conference, head of the representative office of the Russian Chamber of Commerce and Industry in Germany mentioned as a competitive advantage human capital in Russia. He also said that now 1,600 Russian enterprises operate in Germany and to attract new Russian investors to Germany one has to explain local rules and conditions.

Germany is one of the key trade and economic partners of Russia and ranks second after China in terms of foreign trade turnover. Today, in Moscow alone, there are more than 500 enterprises with German capital. The volume of accumulated investment from Germany in the Moscow economy is $ 7.7 billion.

By Petr Cheremushkin, Press Office of The Chamber