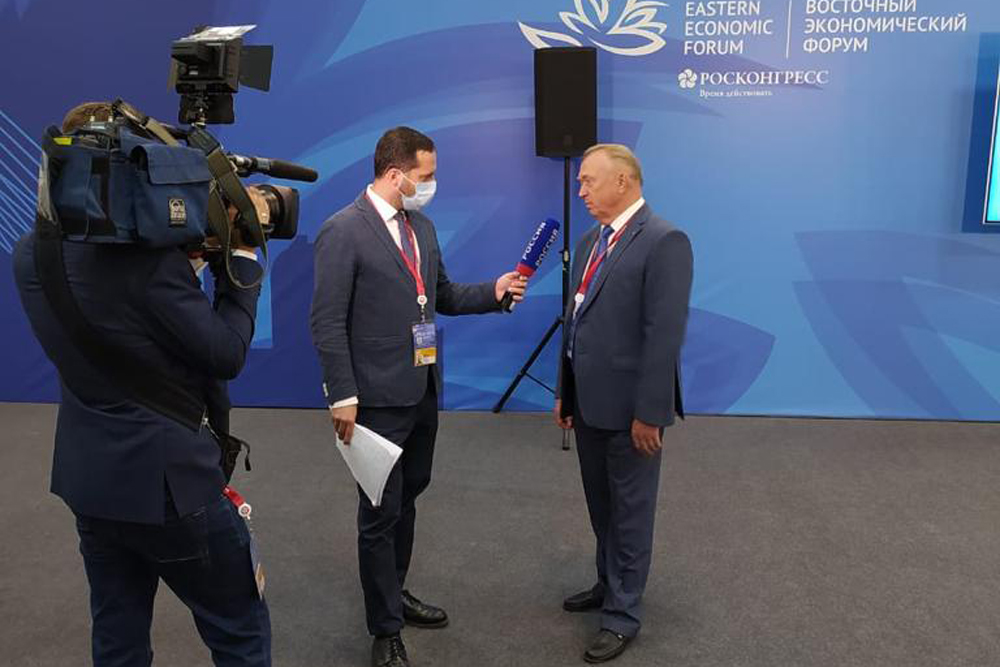 A whole set of mechanisms and tools has been created in the Russian Far East, allowing for the establishment of interaction with the countries of Southeast Asia, said Sergei Katyrin, President of the Russian Chamber of Commerce and Industry. He took part in the Russia-ASEAN business dialogue held at the Eastern Economic Forum in Vladivostok on August 2.

“We are seeing more than 25% growth in mutual trade following the results of the first half of the year. If we continue to work at this pace, I think that by the end of the year we will be able to reach the pre-pandemic period, and perhaps even surpass it,”- noted Sergey Katyrin.

“It is important for the business community that the online business is protected, but so far this issue has not been regulated internationally. We will have to work together on this problem with our colleagues from the ASEAN countries,”- said Sergey Katyrin.

“We are waiting for investors everywhere, but it is important for us to bring up those regions that are still seriously lagging behind in their development. In the Far East, 50% of investments are directed to the Maritime Kray, and the other half is distributed to the remaining regions,”- stressed Sergey Katyrin.

According to Katyrin, several countries are actively promoting the principles of carbon neutrality, which will significantly change the production and trade. Russia, together with the ASEAN countries, will have to work out the rules of mutual trade. After all, carbon neutrality implies serious limitations.

“An important question is whether the goods prevailing in the export of a particular country will be able to successfully move to foreign markets in the conditions of carbon neutrality, what requirements will be imposed. We have to seriously work on this topic," concluded the President of the Chamber.

Full-scale cooperation between Russia and the ASEAN is among the priorities of Russian foreign policy. 2021 marks the double anniversary of Russia-ASEAN cooperation: the 30th anniversary of the relationship and the 25th anniversary of the full-fledged dialogue partnership. At the initiative of the Russia-ASEAN Business Council, 2022 will be declared the Year of Science and Technology Cooperation between Russia and ASEAN. Special attention will be paid to science, technology and innovation, which in recent years have been areas of mutual interest for Russia and ASEAN.