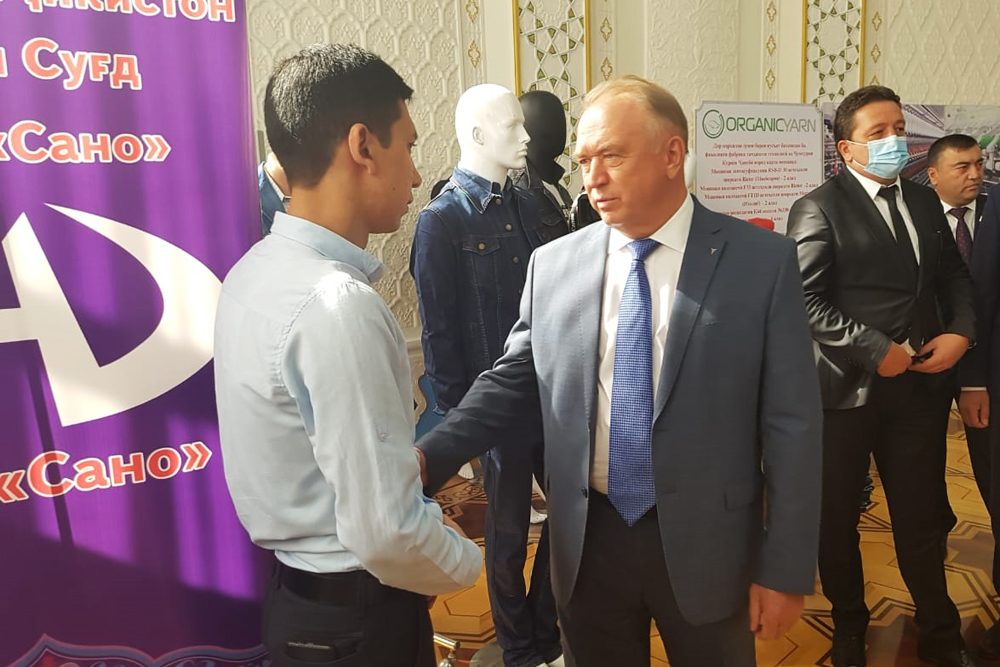 On September 16, in the city of Khujand in the Sughd region of Tajikistan, a meeting of the delegation of the Chamber of Commerce and Industry of the Russian Federation headed by the president of the chamber Sergei Katyrin with the chairman of the region Rajabba Akhmadzoda and representatives of business circles was held at the training center of the National Bank of the country.

As Rajabba Ahmadzoda noted at the meeting, it is no coincidence that the Sughd region is called the Valley of Opportunities. A rich history, developed infrastructure, availability of minerals, high potential of industry and agriculture are intertwined here. The region is determined to actively develop economic and trade relations with many Russian regions, specific companies and enterprises.

The President of the Russian Chamber Sergei Katyrin stressed that the current visit of the Russian delegation to Tajikistan is a continuation of the strategic vector, which was clearly indicated by the presidents of the two countries. “Russian President Vladimir Putin says that there is every opportunity to purchase a wide variety of products from close neighbors, including fruits and vegetables, and not run in search of European and Asian markets. The first half of this year showed good dynamics in the growth of trade turnover between the two countries - more than 40%. There is every reason to believe that by the end of the year we can reach the level before the coronavirus pandemic, and maybe even surpass it,” the head of the Chamber said.

During the visit, the delegations signed agreements on cooperation with the Chamber of Commerce and Industry of the Sughd Region of the Republic of Tajikistan, three regional Russian chambers. The documents were signed from the Russian side by the heads of the Lipetsk CCI Anatoly Goltsov, the Moscow CCI Vladimir Platonov and the Central Siberian CCI Rafael Shageev.

During a trip to the Sughd region, members of the delegation of the largest Russian business association will visit the Kolinkhoi Kairokkum carpet factory in Gulistan, the Javoni joint venture (Tajikistan-Italy JV - suits) in Khujand, the Sughd Free Economic Zone and the agricultural fair in the Gafurov district of the region.

Sughd region is a large economic region and is considered to be a territory that occupies a leading position in the complex of the national economy of Tajikistan. The Sughd region has a large amount of resources, a developed industrial network, has a high level of crop yields, developed transport communications, and is also closely connected with the rest of the regions and territories of the republic. 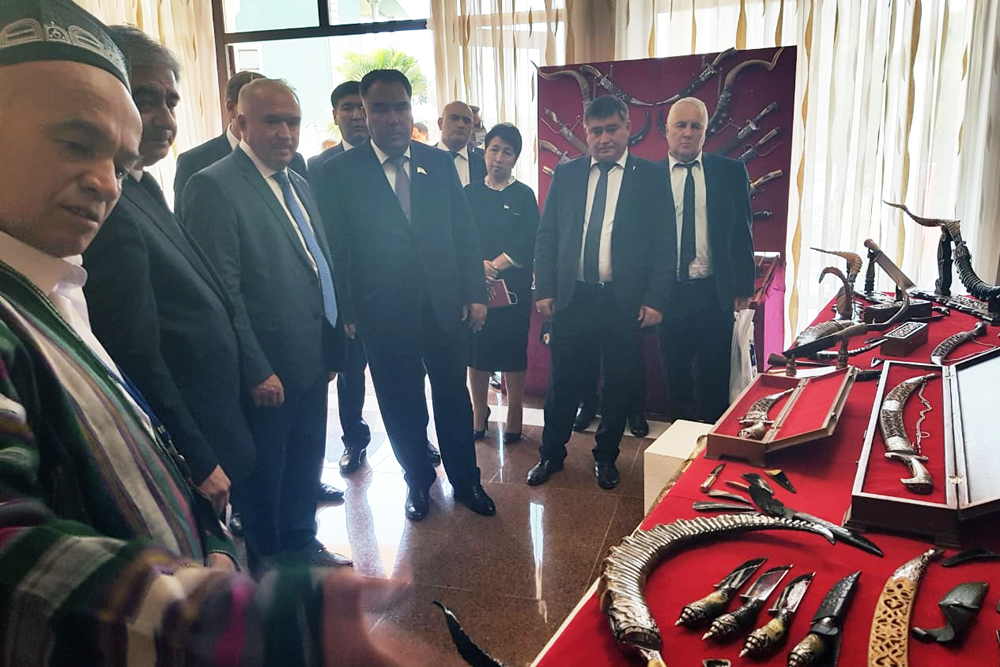 Russian delegation is looking at the old armaments of Tadjikistan 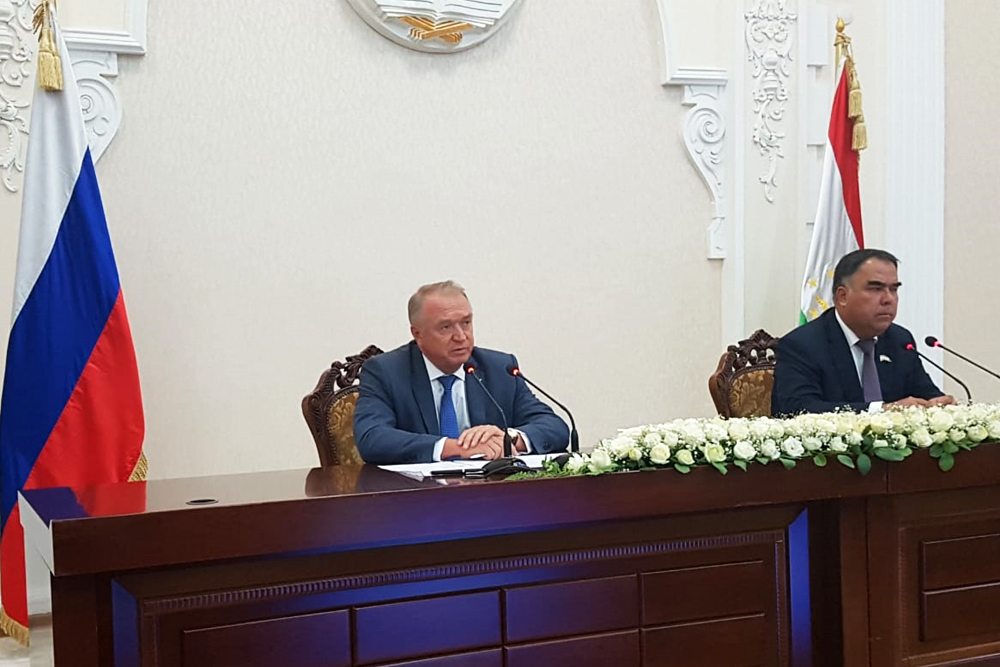 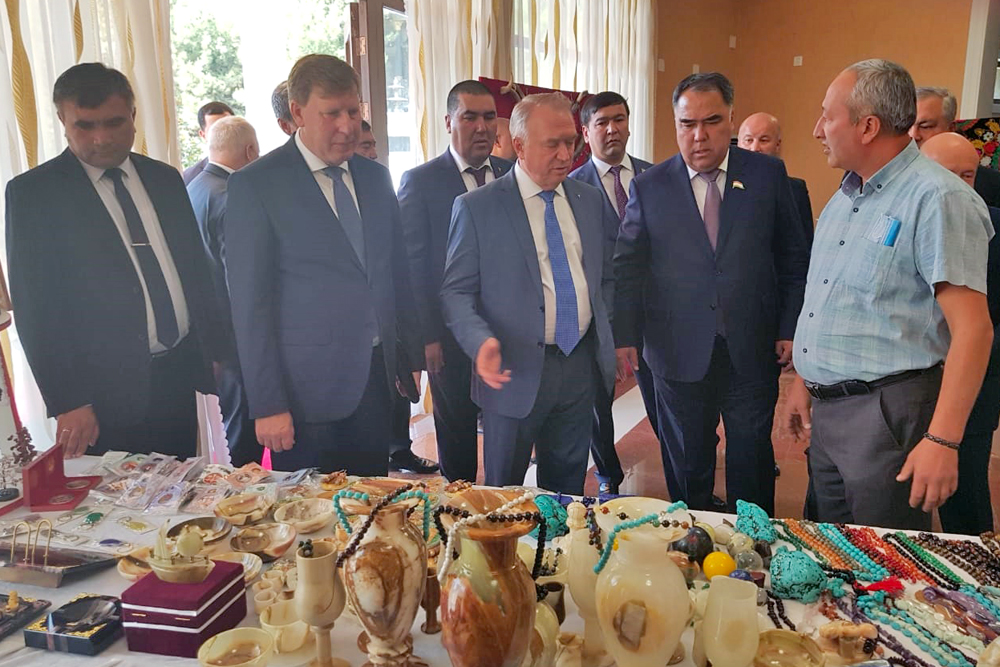 Russian delegation studies the products of the Sughd region