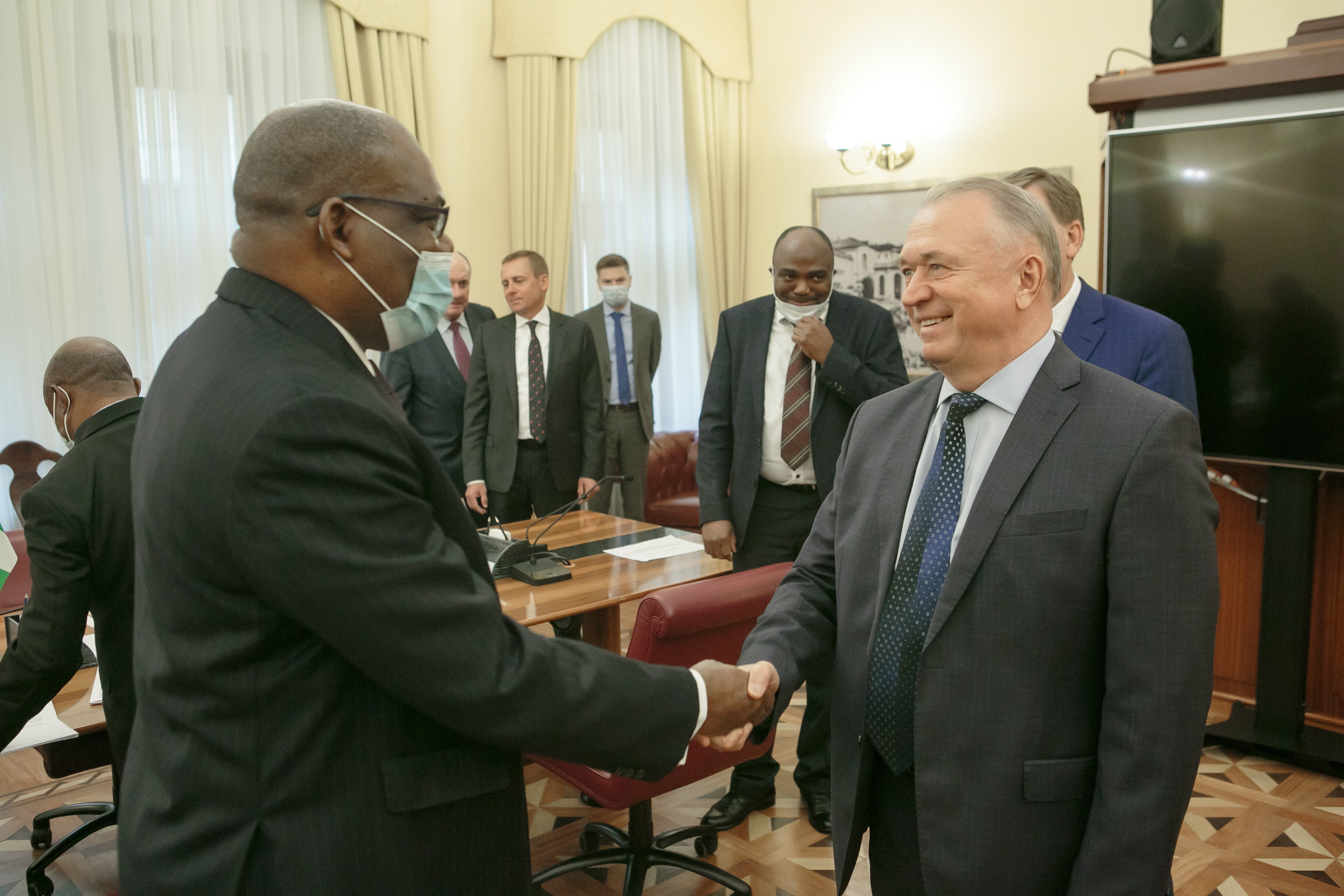 President of the Chamber of Commerce and Industry of the Russian Federation Sergey Katyrin met on September 21 with the Ambassador of the Federal Republic of Nigeria Abdullahi Y. Shekhu. In his opening remarks, Sergey Katyrin noted that in order to build up cooperation between the two countries, one should know each other better. “We can share the information received from you with other regional chambers of commerce, of which there are about one hundred and eighty,” said the President of the Chamber. For our other colleagues, we should work on information using the capabilities of the chamber and, where presentations of countries and companies can also take place, Katyrin noted.

Among such opportunities, Katyrin mentioned exhibition activities, the area for which is provided by “Expocentre” (World Trade Center). According to the President of the Chamber, there are all the necessary tools for cooperation.

Ambassador Abdullahi Y. Shehu, who arrived in Russia this year, noted that since Nigeria gained independence, our two countries have maintained stable relations. “I arrived in pandemic time and had to meet earlier, but there were limitations because of COVID-2019”, - he said. One of the main strategies is to strengthen cooperation through the chambers of commerce, the Ambassador emphasized. He noted the importance of using the opportunities of the representation of the Nigerian diaspora in Russia. Nigeria is a large African country with a population of 200 million, the Ambassador recalled.

According to the Ambassador Shehu, the two countries can achieve more in their economic cooperation if Russian business would better understand Nigeria and Africa. He noted that 60 percent of the market in West Africa is controlled by Nigeria. “For any Russian companies, Nigeria is the gateway to Africa,” the Ambassador said. As an example, he cited the Russian company Uralchim, one of the largest companies in the mineral fertilizer market and the second producer of nitrogen fertilizers in Russia.

In May 2021, members of the Russia-Nigeria Business Council elected Dmitry Konyaev, Chairman of the Board of Directors of Uralchim, as the new head of the board. In the near future, this company will open its representative office in Nigeria and intends to open a plant.

The Nigerian Ambassador called on other Russian companies to follow the example of Uralchim ​​and not only export goods to Nigeria, but also produce them. He informed that this year two fairs will be working in Nigeria – one in Abudzha and one in Kana. Abdullahi Y. Shehu also said that the Embassy intends to organize a business mission to Nigeria, and offered the Chamber of Commerce and Industry to assist in organizing travel for interested companies and businesses. Abdullahi Y. Shehu noted that the Embassy is ready to help organize trips for representatives of Russian companies to Nigeria in order to better know the working conditions in this country, to understand the risks that exist there, because without risks, as he put it, there is no business environment.

The head of the Russia-Nigeria Business Council Dmitry Konyaev, who was present at the meeting, noted the great potential of the Nigerian market for the supply of mineral fertilizers. At the same time, he noted the importance of exporting Russian knowledge and expertise to this African country. He suggested that the Nigerian side send young people to study in Russia who could study to be agronomists at Russian universities. 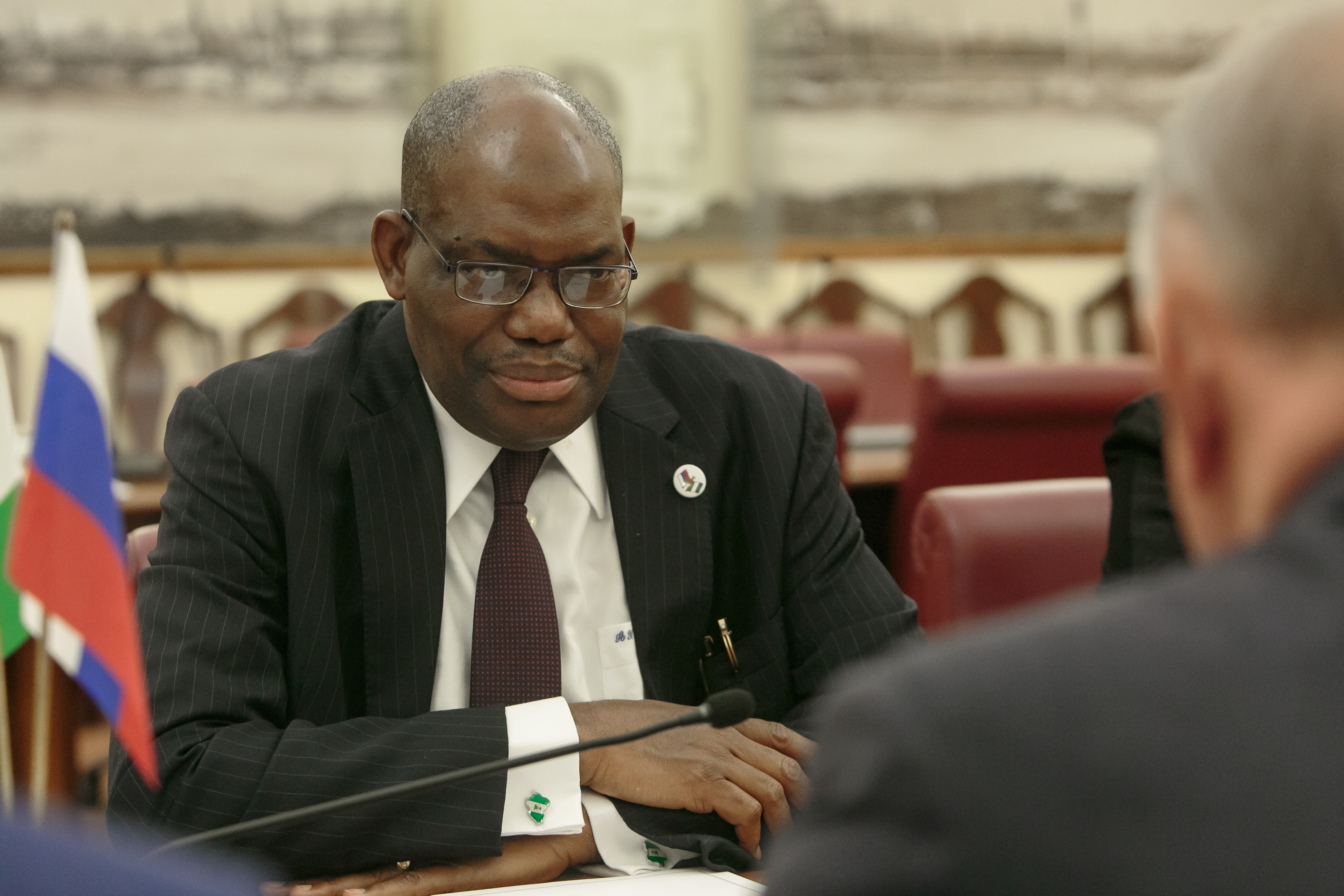 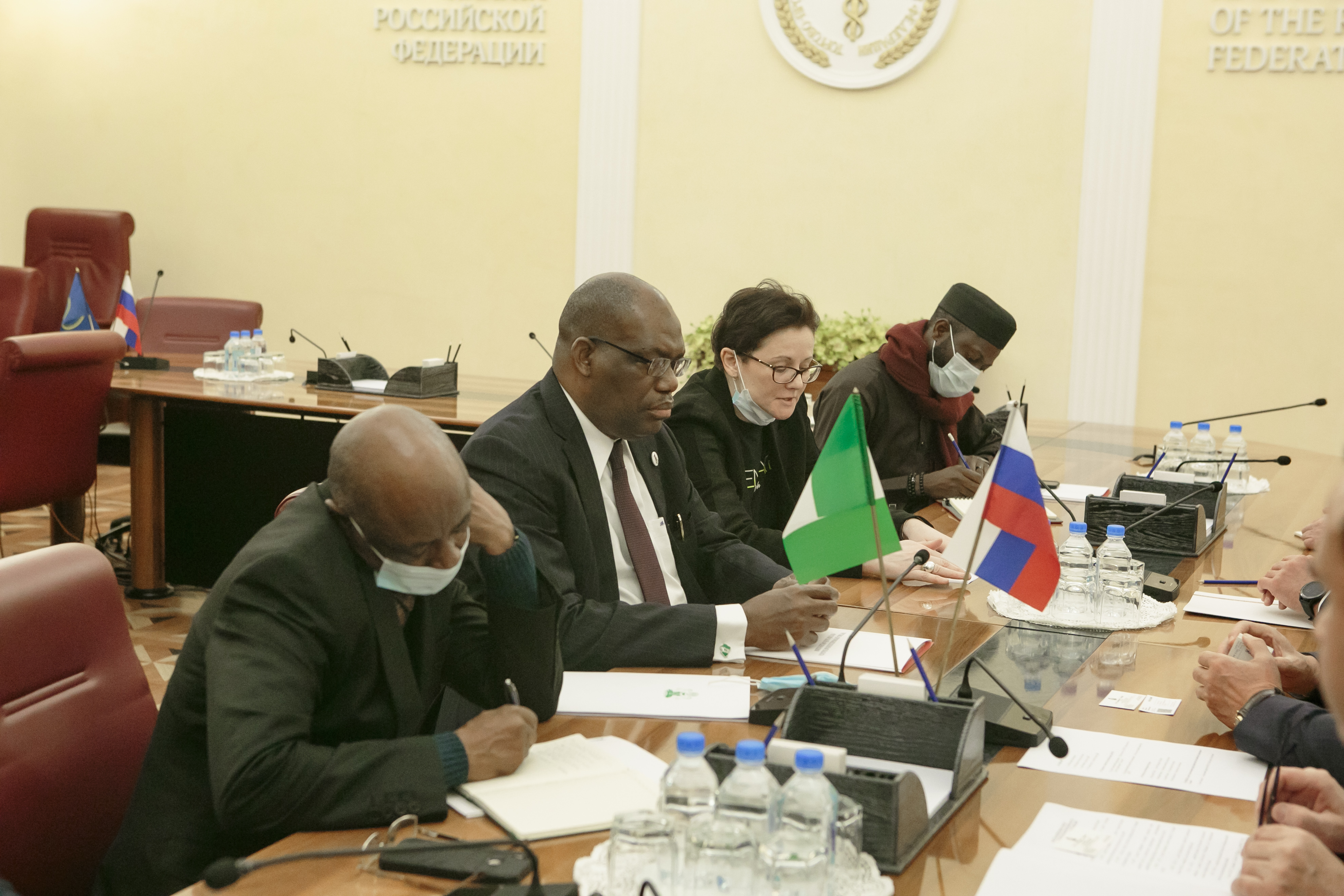 Nigerian delegation at the meeting with Sergey Katyrin 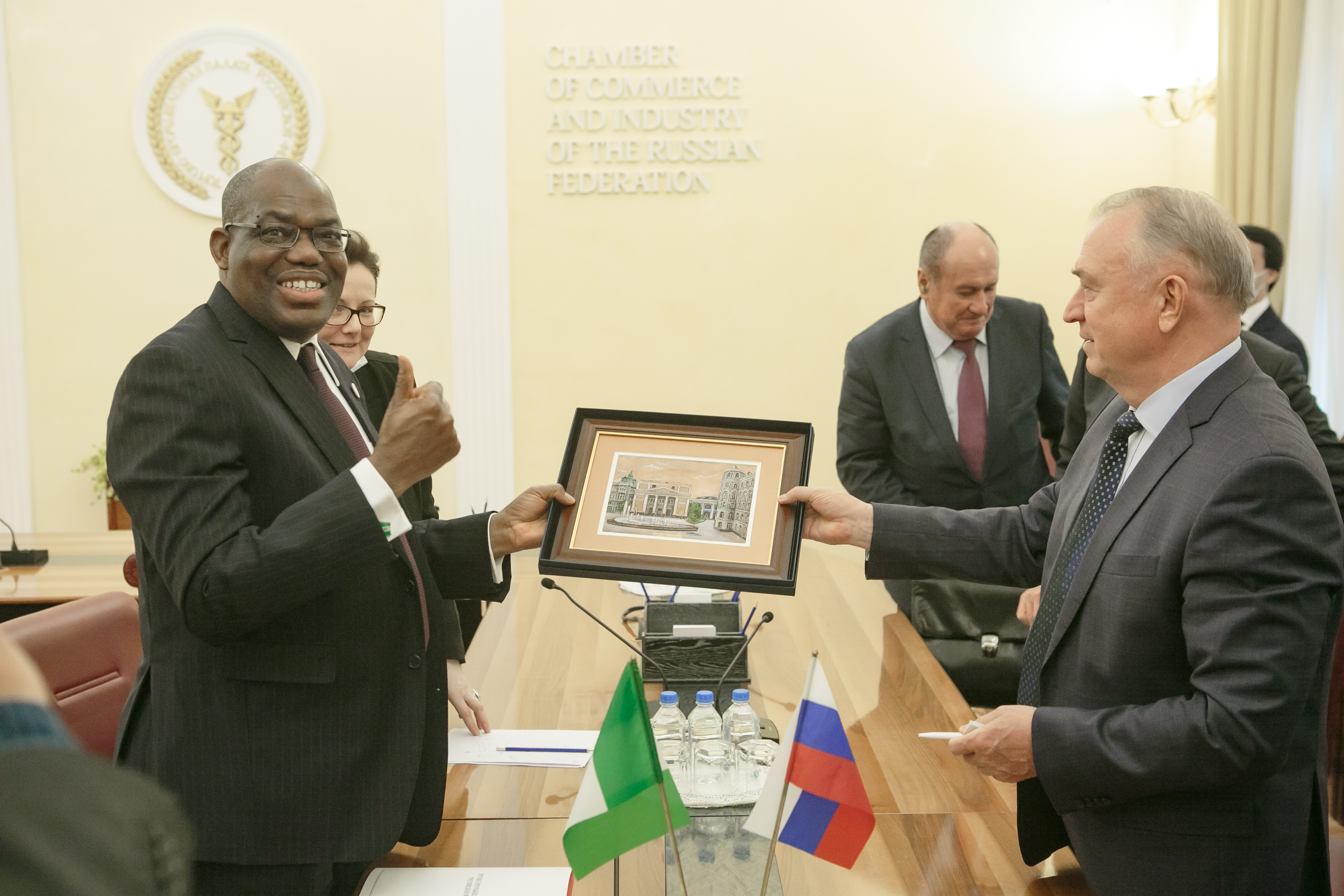 Abdullahi Y.Shehu recieved a present from the President of the Chamber Katyrin 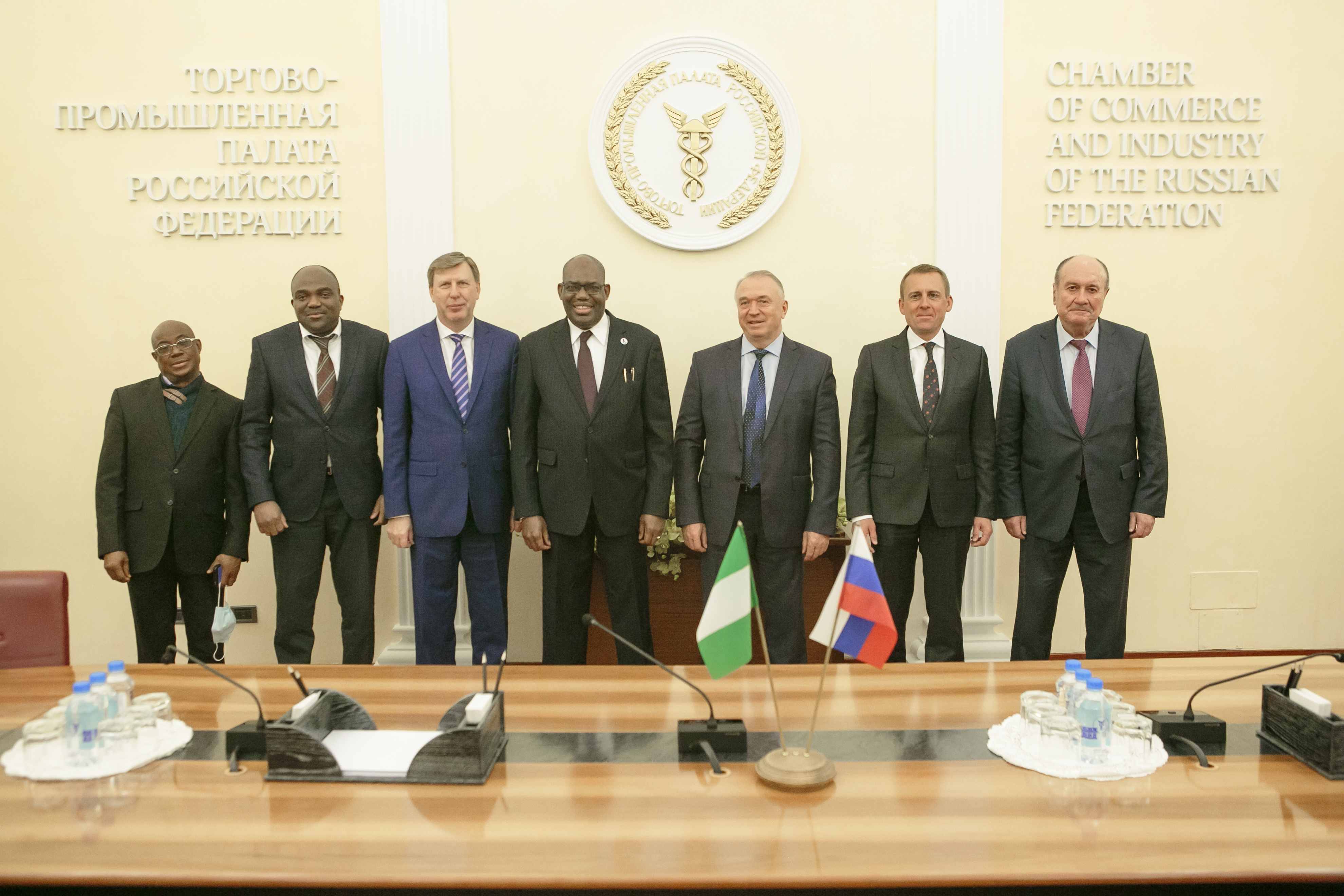 The Chamber of Trade: Group photo with Nigerian Delegation 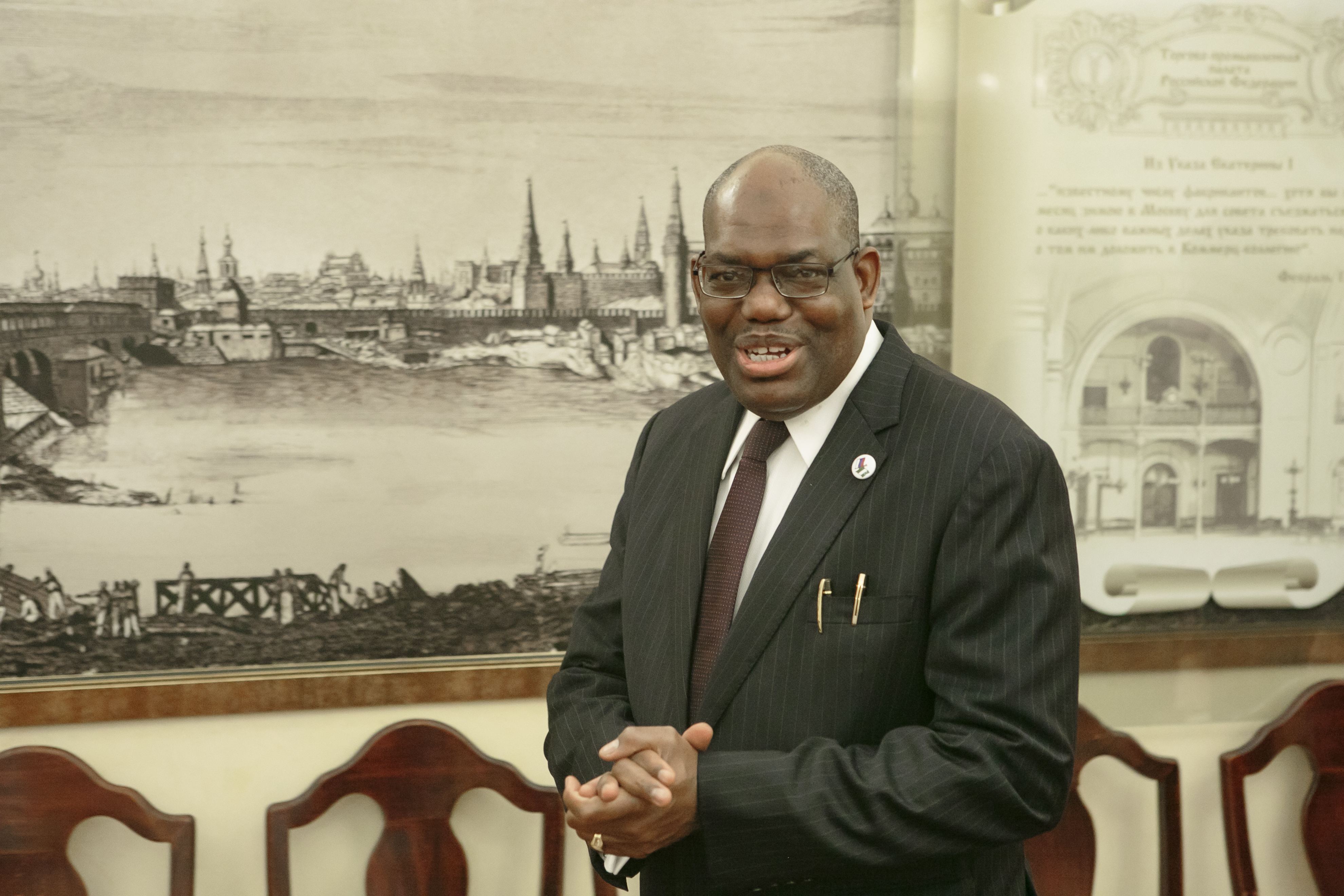 The Ambassador of Nigeria Professor Abdullahi Y.Shehu at the Russian Chamber of Trade 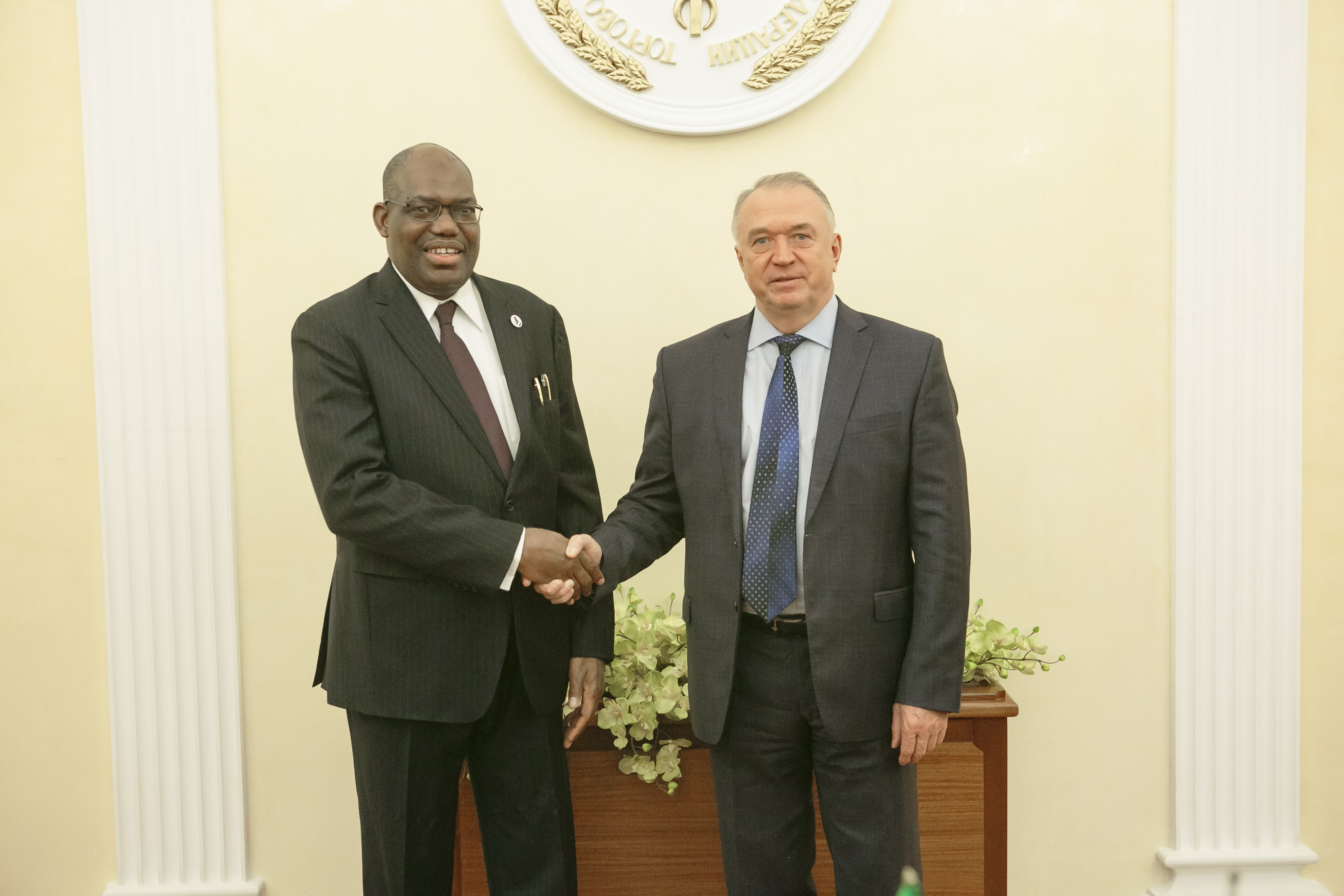 Final hand shake of Ambassador Abdullahi Y.Shehu and the President of the Chamber Sergey Katyrin 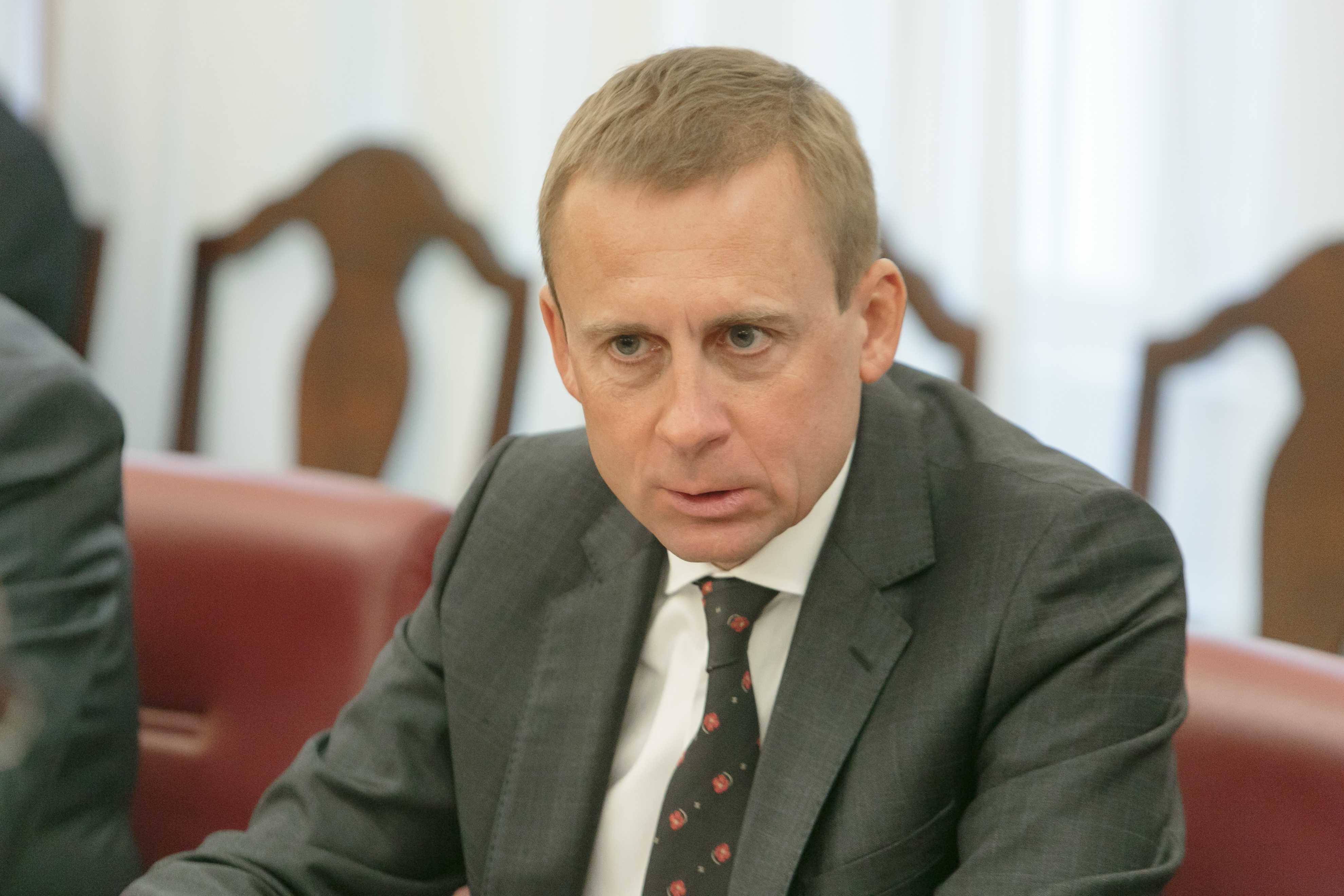 Dmitry Konayev, the Chairman of Board of Directors of "Uralkhim" 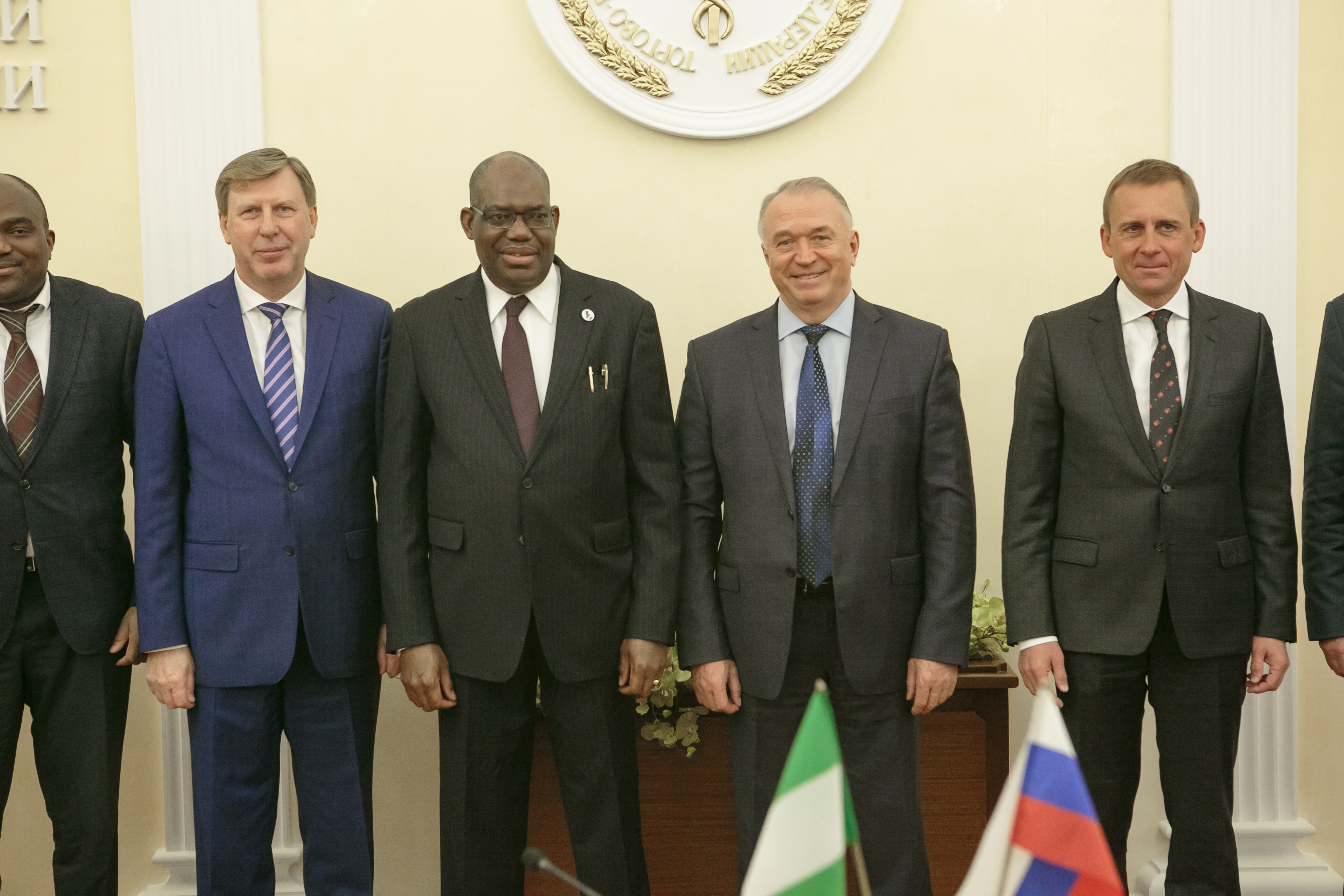 Part of the Group Photo with Nigerean delegation