A presentation of the Ryazan Oblast took place at the Chamber of Commerce and Industry of the Russian Federation, where the investment, economic and tourism potential of the region was presented.

The event was attended by representatives of government authorities and representatives of foreign diplomatic missions, entrepreneurs, that is, those who are potentially interested in developing cooperation with the Ryazan Oblast.

An exhibition was held in the lobby of the Congress Center of the Chamber, which presented the leading Ryazan enterprises, in particular, the Instrument Plant, the FORT plant, and the Russian Leather Company. A separate stand was dedicated to the projects of the Ryazan Oblast  Development Corporation, including the Ryazansky Industrial Park.

The President of the RF CCI Sergei Katyrin made opening remarks:

Each region has its own flavor. The Ryazan land has a whole scattering of them. Ryazan is one of the oldest regions of the country, the homeland of many famous and talented people who have written their pages in the history of the whole country. There is no oil and gas here, but the regional economy is one of the most diversified in the Russian Federation. Industry and agriculture are well developed, there are many high-tech enterprises with extensive contacts all over the world. There is science, education is well organized. And there is the main wealth of the region, concluded Sergey Katyrin, - the people who created all this.

Governor Nikolai Lyubimov, presenting his region, recalled that Ryazan is sometimes called the soul of Russia, meaning, of course, people, traditions and customs. And by its location, the region is located in the center of the European part of the country. Nikolay Lyubimov spoke about the investment attractiveness of the region, about the construction of the Ryazansky industrial park, said that recently, in particular, an investment agreement was signed with Yandex and Wildberries.

At the end of 2020, as well as this year, despite the pandemic, the vast majority of industries, agro-industrial complex, construction, tourism are already developing steadily, investment projects are being implemented.

Ryazan Oblast stretches 220 kilometers from north to south and 259 kilometers from west to east. The distance from the Moscow ring road to the regional border is 147 km. The population of the region is more than a million people, in the center of the region, in Ryazan, 540,000 people live.

Sergey Katyrin and Nikolay Lubimov at the Exhibit 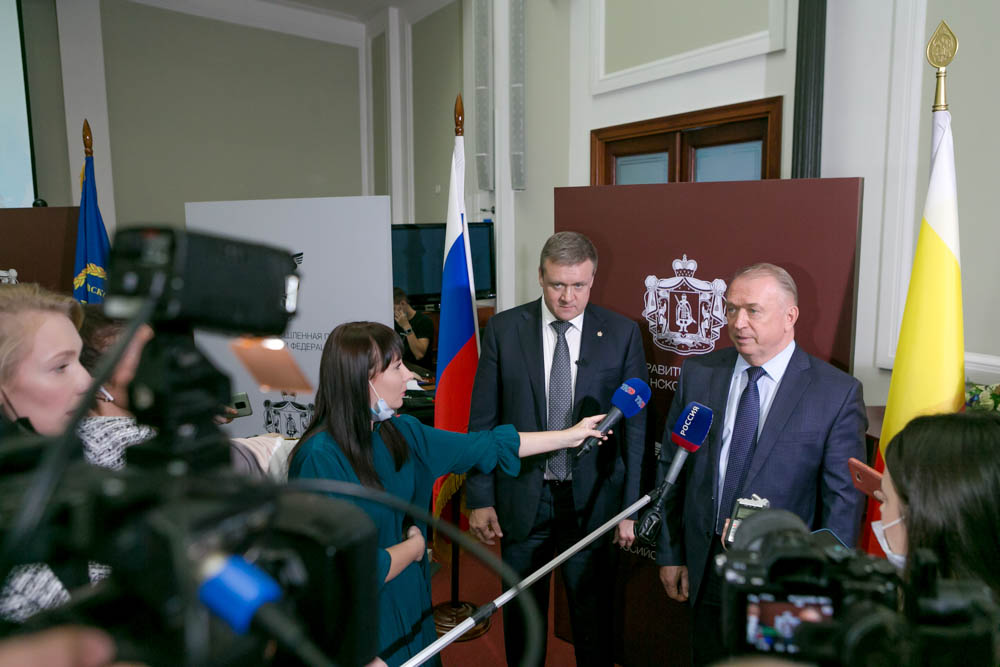 Nikolay Lubimov and Sergey Katyrin talking to the media 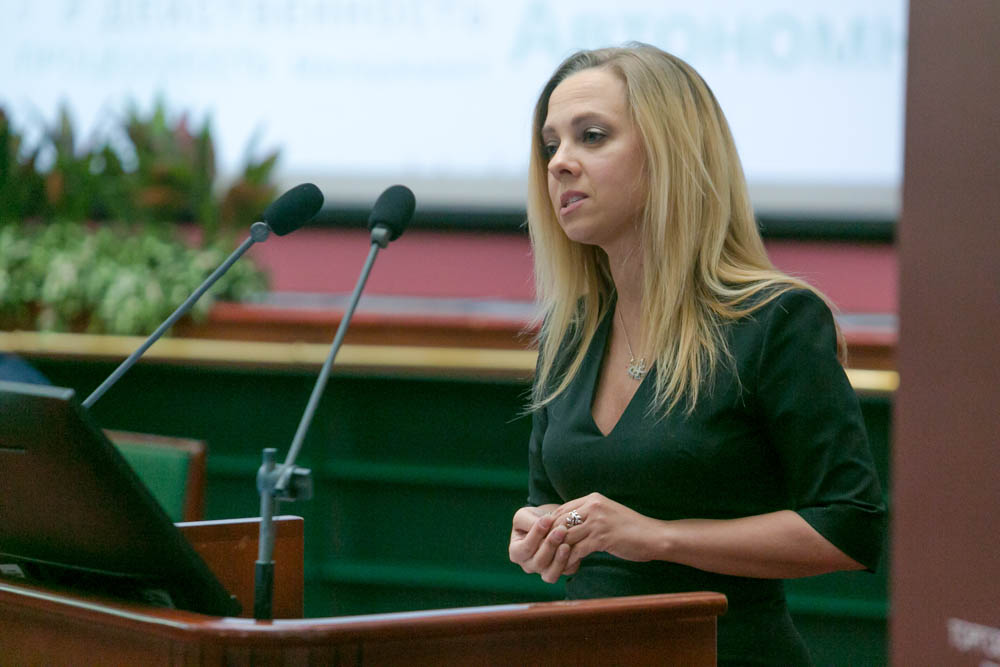