The Chamber hosted a meeting between the President of the Russian Chamber of Commerce and Industry Sergei Katyrin and the Ambassador of the Islamic Republic of Iran to the Russian Federation, Kazem Jalili.

The meeting was attended by Vice President of the Chamber Vladimir Padalko, Director of the Center for Mass Media Relations Alexander Shkirando, Chairman of the Russian-Iranian Business Council (RIDS) Vladimir Obydenov, Honorary Representative of the Chamber in Iran Alexander Maksimov.

Sergey Katyrin noted a positive trend in trade cooperation between the two countries. So, according to the results of 9 months of 2021, the growth of trade turnover amounted to more than 40% compared to the same period last year. “This is not the limit, we have the opportunity to further increase the volume of trade between our countries,” said the President of the Russian Chamber of Commerce and Industry.

Kazem Jalili confirmed a positive trend in the development of trade between the two countries. According to statistics from the Federal Customs Service of the Russian Federation, for 9 months of 2021, the volume of exports from Russia to Iran increased by 113%, and from Iran to the Russian Federation - by 28%. At the same time, the ambassador emphasized, this year Iran deliberately changed the format of purchases of an important import commodity - grain, focusing on its purchases from the Russian Federation. As a result, Iran became the largest grain importer from Russia, ahead of Turkey and Egypt.

The key topic at the meeting was the development of interregional cooperation between the two countries. Kazem Jalili stressed that contacts between Iranian provinces and Russian regions are actively developing now. Trade turnover with some of them has already exceeded the indicators of a number of countries with which Iran interacts. As a logical continuation, the Ambassador suggested holding a trade forum for Russian and Iranian entrepreneurs in 2022, the venue of which could be Tehran.

Another important event next year may be the holding of the Second Specialized Eurasian Exhibition. The first was successfully carried out in Tehran. According to Kazem Jalili, it would be reasonable to hold the second forum in Moscow, on the territory of the Expocentre.

Sergey Katyrin pointed out that the Chamber fully supports the development of interregional cooperation. “The most important task for us is to create opportunities for Russian regions to cooperate with regions of other countries, in this case, Iran. It is at this level that the closest and most effective contacts are created,” the President stressed. He supported the idea of ​​holding both a bilateral trade forum and an exhibition in the EAEU format. But at the same time, it is important to work out their content and topics so that they are effective for the business of the two countries, concluded the President of the Russian Chamber of Commerce and Industry.

Kazem Jalili also raised several issues of concern to the Iranian side. First, the Republic is worried about the introduction by Russia of an export duty on grain, which reduces the possibility of its purchases in our country. The ambassador proposed to consider the possibility of making an exception for Iran on export duties, given that the Republic has signed an agreement within the EAEU on preferential tariffs. Secondly, Iran faced the problems of transit of its export cargo through the territory of Azerbaijan.

On the first problem, Sergei Katyrin made it clear: the introduction of export duties by Russia is made at the highest level and this decision is only related to the food security of the country. At the same time, the discussion of the exemption of duties for Iran is an issue that can only be resolved at the state level.

The second problem was commented on by Vladimir Obydenov. He confirmed that problems for Iranian goods exist precisely during transit through the territory of Azerbaijan. The Federal Customs Service of the Russian Federation does not create any obstacles for them. Considering that since mid-November the flow of goods to the Russian Federation from Iran has seriously increased, the Russian-Iranian Business Council quickly began to develop alternative supply routes. The first - through Armenia to the Georgian port of Poti, and then by ferries to Novorossiysk, the second - through Turkey to the port of Samsun, and then by ferries to the port of Kavkaz (Krasnodar Kray).

The third route, stressed Vladimir Obydenov, is the most realistic - from Iranian ports in the north of the country along the Caspian Sea by ferries to Makhachkala. At the same time, Dagestan has already confirmed its readiness to promptly accept perishable goods from Iran.

At the end of the meeting, Sergei Katyrin noted that it was possible to discuss a number of topical topics and issues. They clearly show that Russia and Iran are interested in the further development of cooperation. The level of interaction is dense and dynamic, several joint events are planned for 2022, the implementation of which will benefit and benefit both countries. 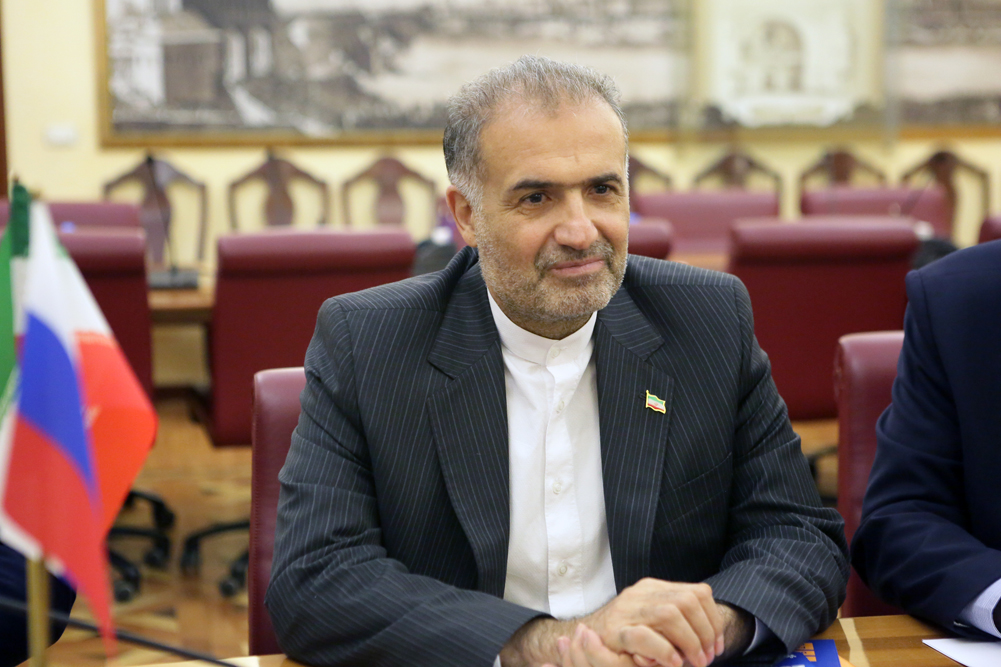 Kazem Jalili, Ambassador of the Islamic Republic of Iran to the Russian Federation 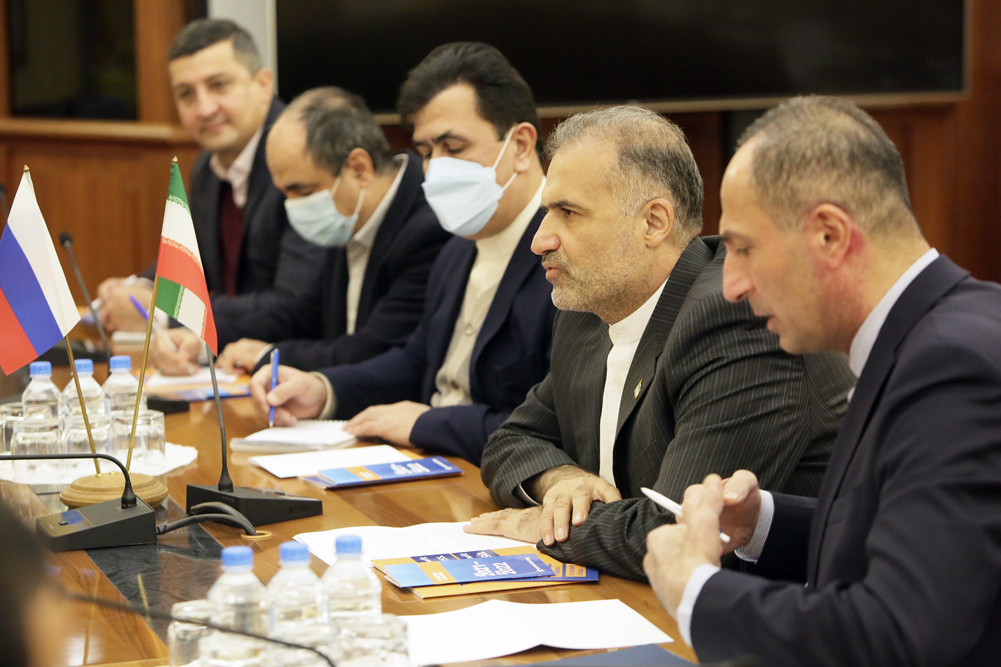 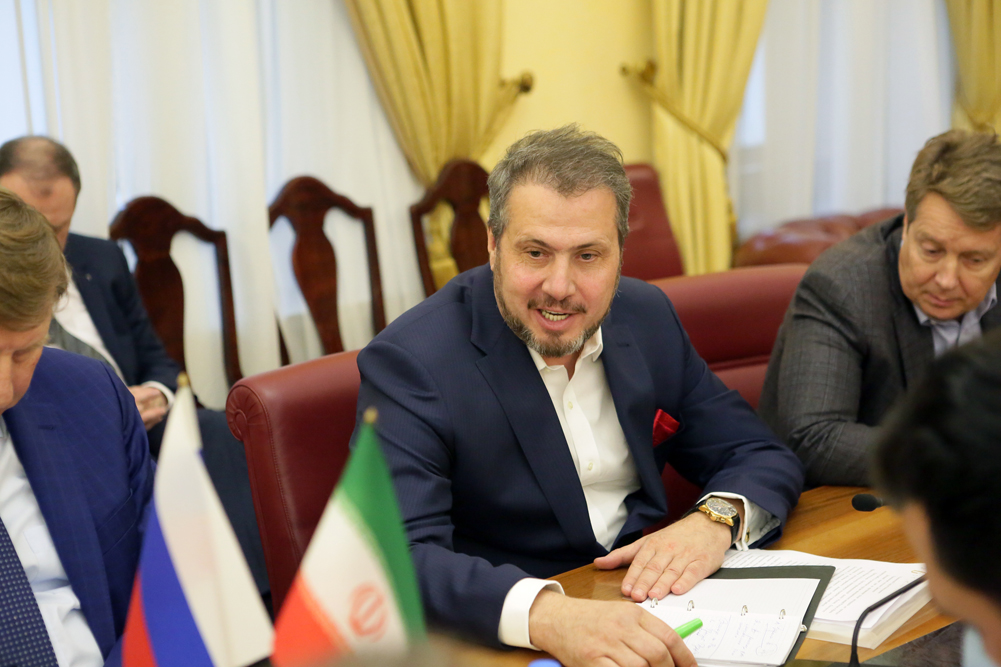 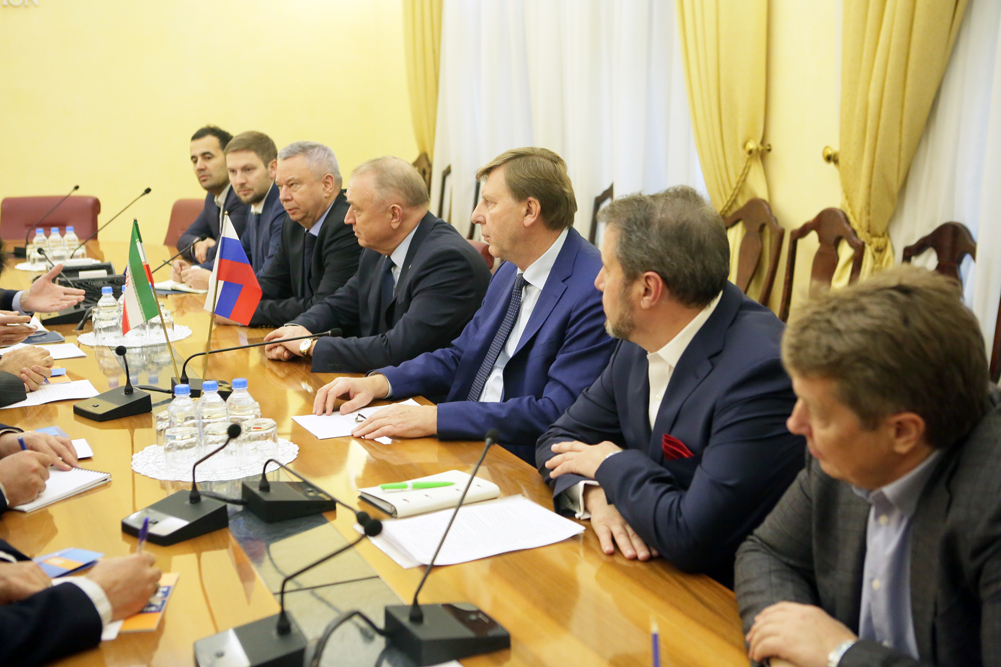 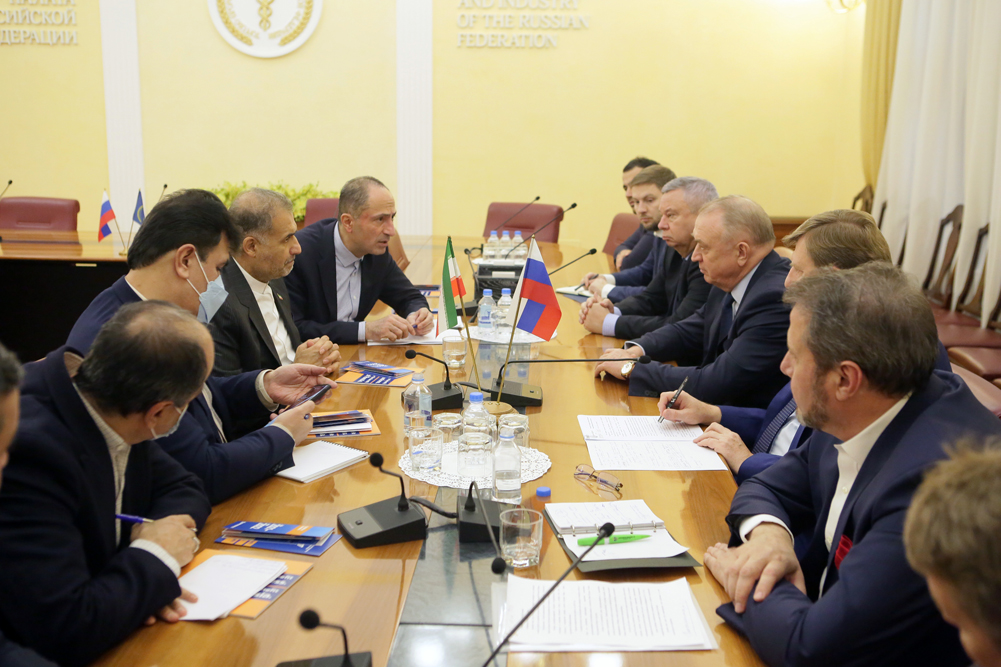