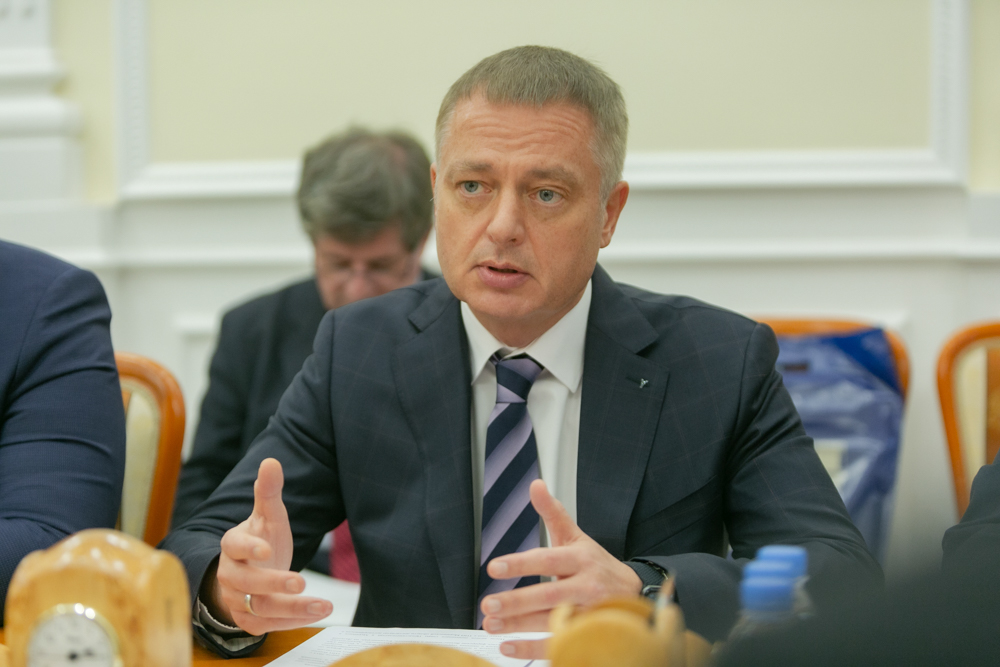 On November 23, the Chamber hosted a meeting between the Acting President, Vice-President of the Russian Chamber of Commerce and Industry Maxim Fateev and the Minister of Foreign Affairs and Culture of the Faroe Islands, Jenis av Rana. On the Russian side, the meeting was attended by the Director of the Department of Regional Development of the Chamber, Ilya Zubkov, and on the side of the guests, by the head of the Representative Office of the Faroe Islands in Russia, Hákun Jógvanson Djurhuus.

In his welcoming remarks, Maxim Fateev noted the high frequency of meetings and close relations between the Faroe Islands and the Chamber of Commerce and Industry of the Russian Federation. “This may sound unexpected,” he said, but the frequency of our relations is even higher than with Denmark, which formally includes the Faroe Islands with a high degree of autonomy.

The bulk of Faroe supply to Russia is fish – mainly salmon and mackerel.

After the Representation Office of the Faroe Islands was opened in Moscow in 2015, constant and active contacts have been established. Business missions, organized by the Representative Office together with regional Chambers, have already visited Murmansk, Arkhangelsk and Kaliningrad, as well as the Far East, in particular, Sakhalin and Kamchatka.

“Despite the coronavirus pandemic, trade between Russia and the Faroe Islands is growing and is estimated at millions of dollars. Moreover, the peculiarity is that imports from Russia are much less than exports from the Faroe Islands to Russia. This is not only fish, but also technologies, fishing equipment. Our system of the Chamber is set to increase trade turnover, and we are confident that all agreements reached in St. Petersburg and Murmansk will be fulfilled," - said Maxim Fateev.

Jenis av Rana thanked Russia for the good cooperation and noted that cooperation began back in 1957, when the European Community began a boycott of the Faroe Islands in the field of fishing, the Soviet Union extended a helping hand. The minister noted that over the past 10 years, cooperation has grown significantly. If in 2013 exports to Russia accounted for about 10 percent of the total exports of the Faroe Islands, then in 2017 it reached 27 percent.

The minister said that the purpose of the visit to Russia is to continue cooperation and discuss with the Eurasian Economic Commission the possibility of concluding a free trade agreement between the Faroes and the Eurasian Economic Community. He emphasized that the products supplied to Russia are produced in the Faroe Islands and are not re-exported from third countries.

A member of the Faroe Islands government said that about 25 Russians now live on the archipelago, but about 1000 fishing vessels come to the islands a year and undergo maintenance. But, of course, the islanders would like to see more tourists from Russia. In this regard, Maxim Fateev drew attention to the fact that among Russians, trips to the Scandinavian countries like Norway and Iceland are very popular, but, unfortunately, they know little about the Faroe Islands.

The Vice President of the Chamber invited the Faroese to visit Russia more often, where there are many cities such as Pskov, Novgorod and Tver, associated with the history of Scandinavia and the Vikings. To which Jenis av Rana said: "The Faroese have always been the strongest of all Vikings." He noted that although the Faroese love to travel and have become famous as a people who always strive to travel to unknown lands, they usually prefer Mallorca and Greece. “We flew only six hours to Moscow via Copenhagen. And we have already realized that Russia does not look the way we imagined. If Russians like to travel to Iceland, they will also like the Faroe Islands,” - the minister said.

Jenis av Rana suggested organizing a visit to the Faroe Islands for representatives of the business circles of the EAEU countries and holding an economic forum in May 2022. Maxim Fateev supported this proposal. According to him, the leadership of the Chamber will discuss this project and give an answer through the representation of the Faroe Islands in Russia.

In recent years, trade and economic relations between Russia and the Faroe Islands have developed dynamically. Torshavn did not support the EU sanctions and since their introduction has consistently increased food supplies to Russia (mainly fish and seafood).

Trade relations between the Faroe Islands and the Russian Federation began to develop actively starting in 2011. Since then, the volume of trade due to the growth of imports of fish from the Faroes has increased 10 times. Throughout the entire period of bilateral trade, there was a significant excess of imports over exports - more than 6 times.

The sharp increase in imports of fish products from the Faroe Islands is explained by the retaliatory restrictive measures imposed by Russia on the import of food (including fish) from the EU, the USA, Canada, Norway and Iceland in response to the sanctions. Under these conditions, the Faroe Islands, which are not part of the EU, became the only source of imports for Russia of herring and mackerel (Russia’s own quotas for these relatively inexpensive fish species were always lacking), as well as farmed salmon (which was completely imported from Norway).

Since 2014, the Faroe Islands have more than doubled the supply of fish products to Russia. During this period, the archipelago's income from fish exports to the Russian market increased from USD 112 million to USD 334 million. Russia has become the first most important single export destination for the Faroe Islands (25% of exports). The Faroe Islands are also making active efforts to increase the supply of dairy products to Russia. Building materials and consumer goods are imported from Russia; in the future, they are interested in the possibility of supplying timber and small aircraft.

Between Russia and the Faroe Islands, there is an Agreement in the field of fisheries dated November 27, 1977, with additional protocols signed periodically on the exchange of quotas for fishing. Russia and the Faroe Islands also extended the Agreement on Satellite Monitoring of Ships until December 31, 2020, and also agreed to exchange lists of equipment installed on ships of both countries. 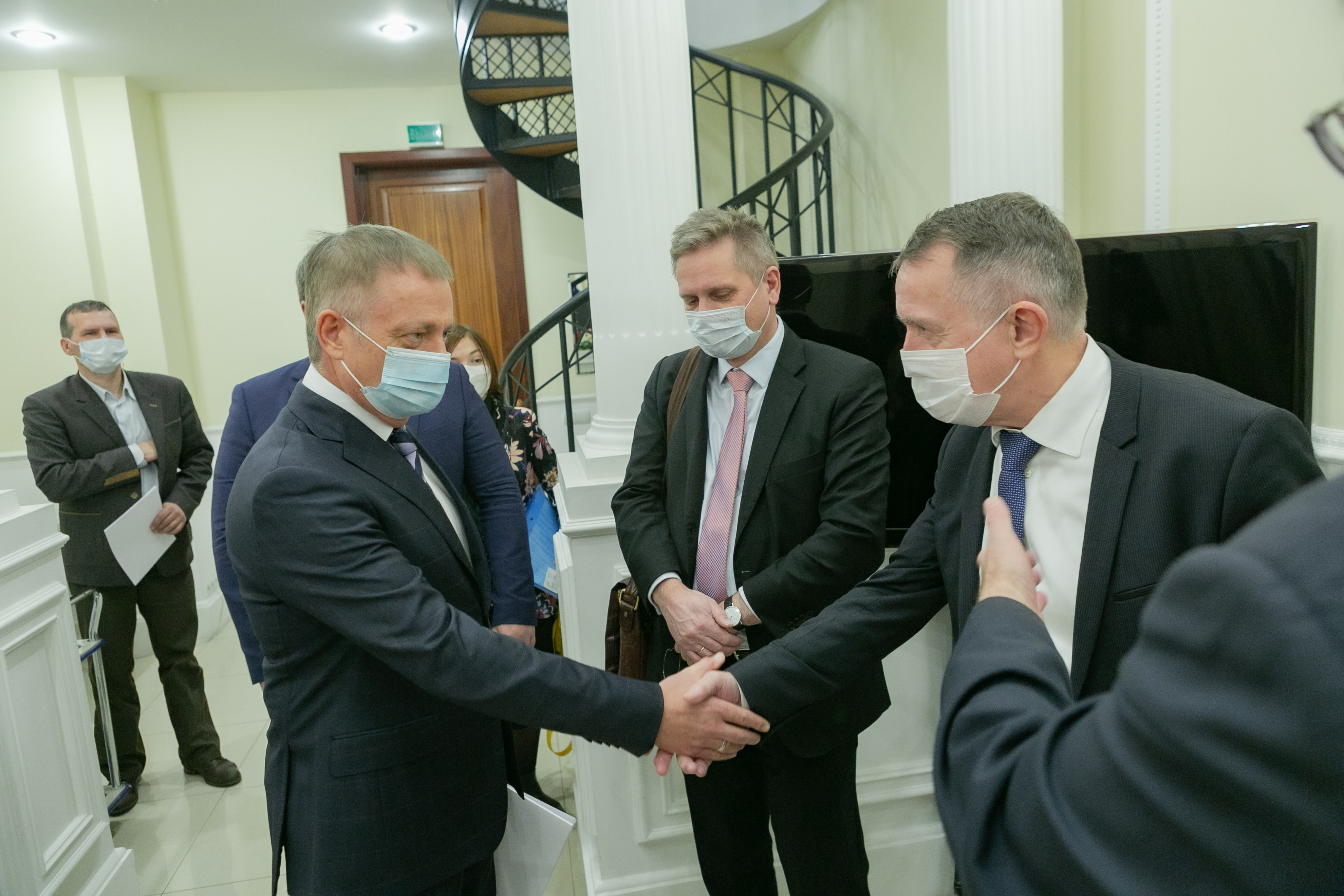 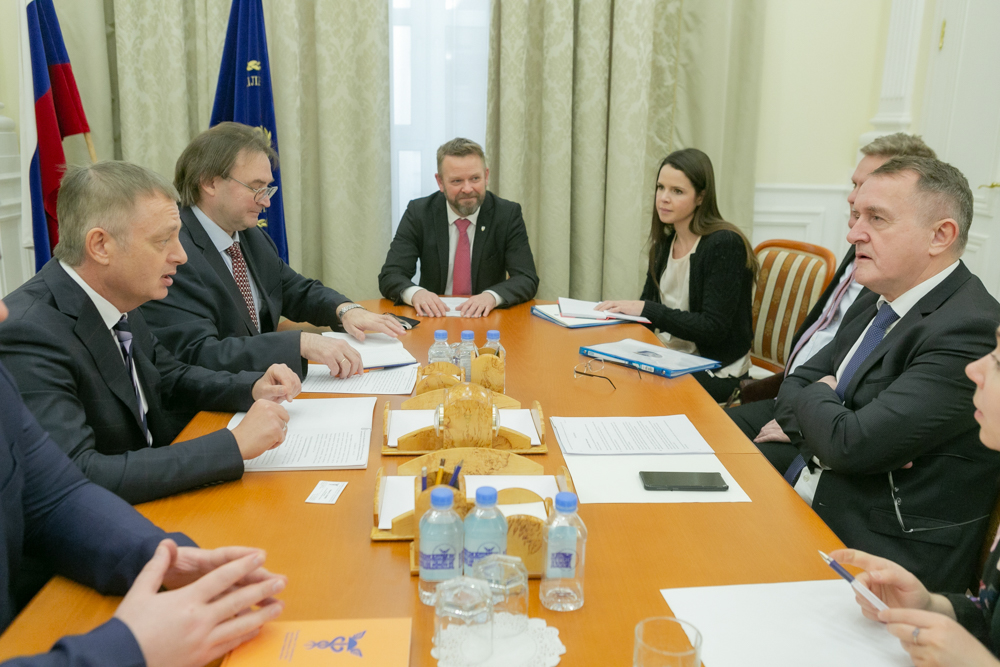 At the negotiations table in the Chamber 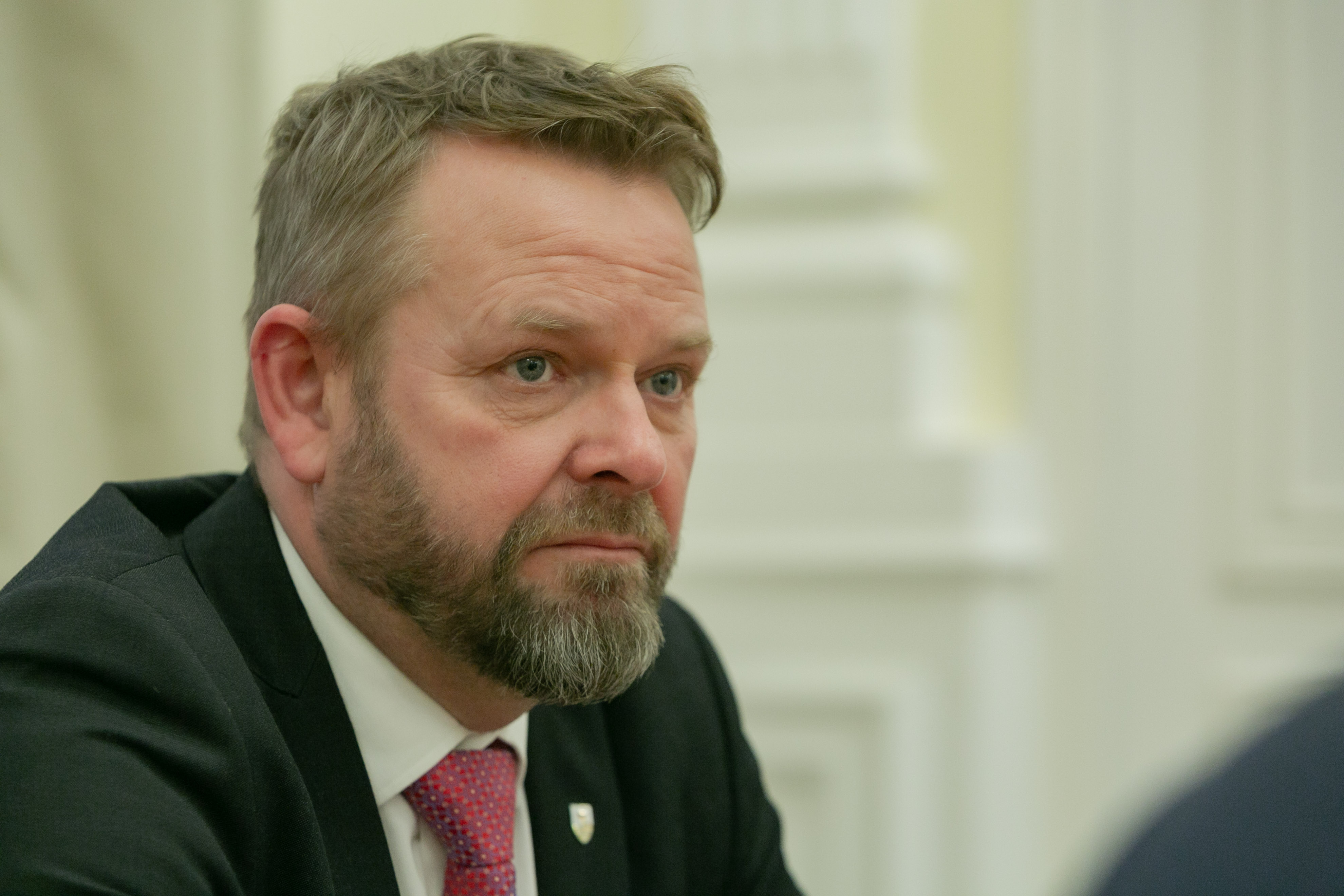 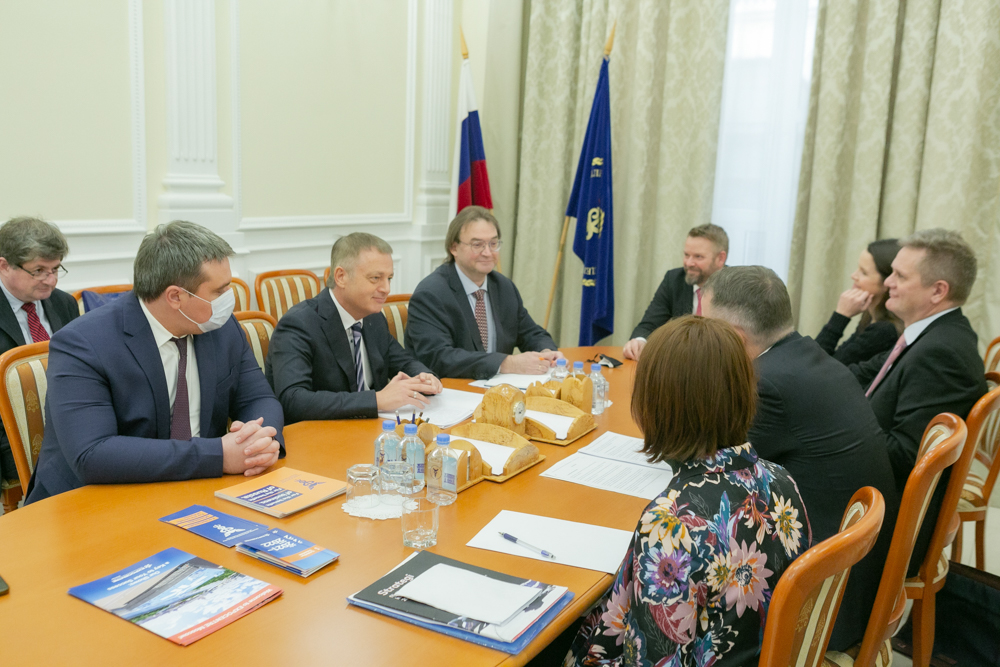 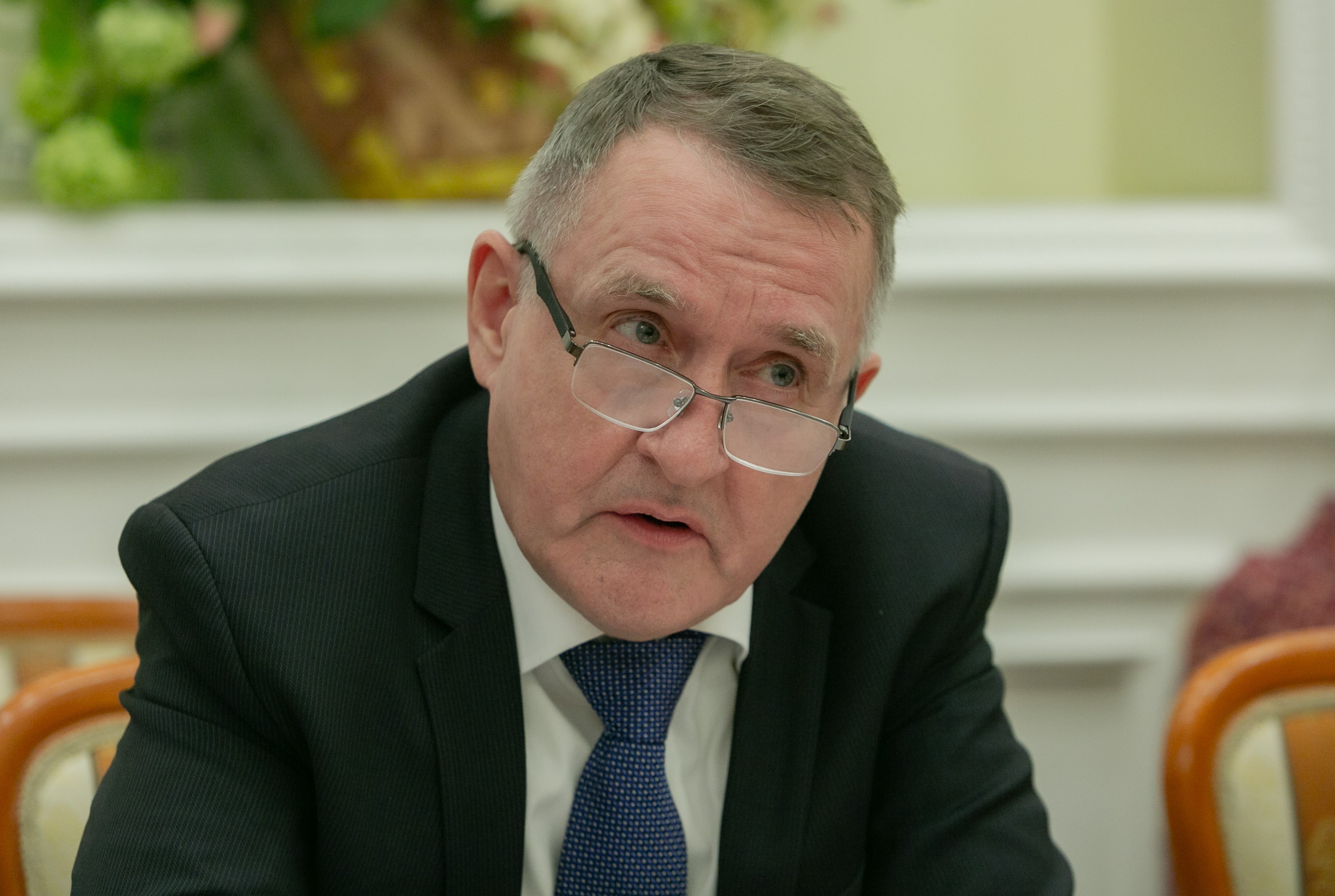 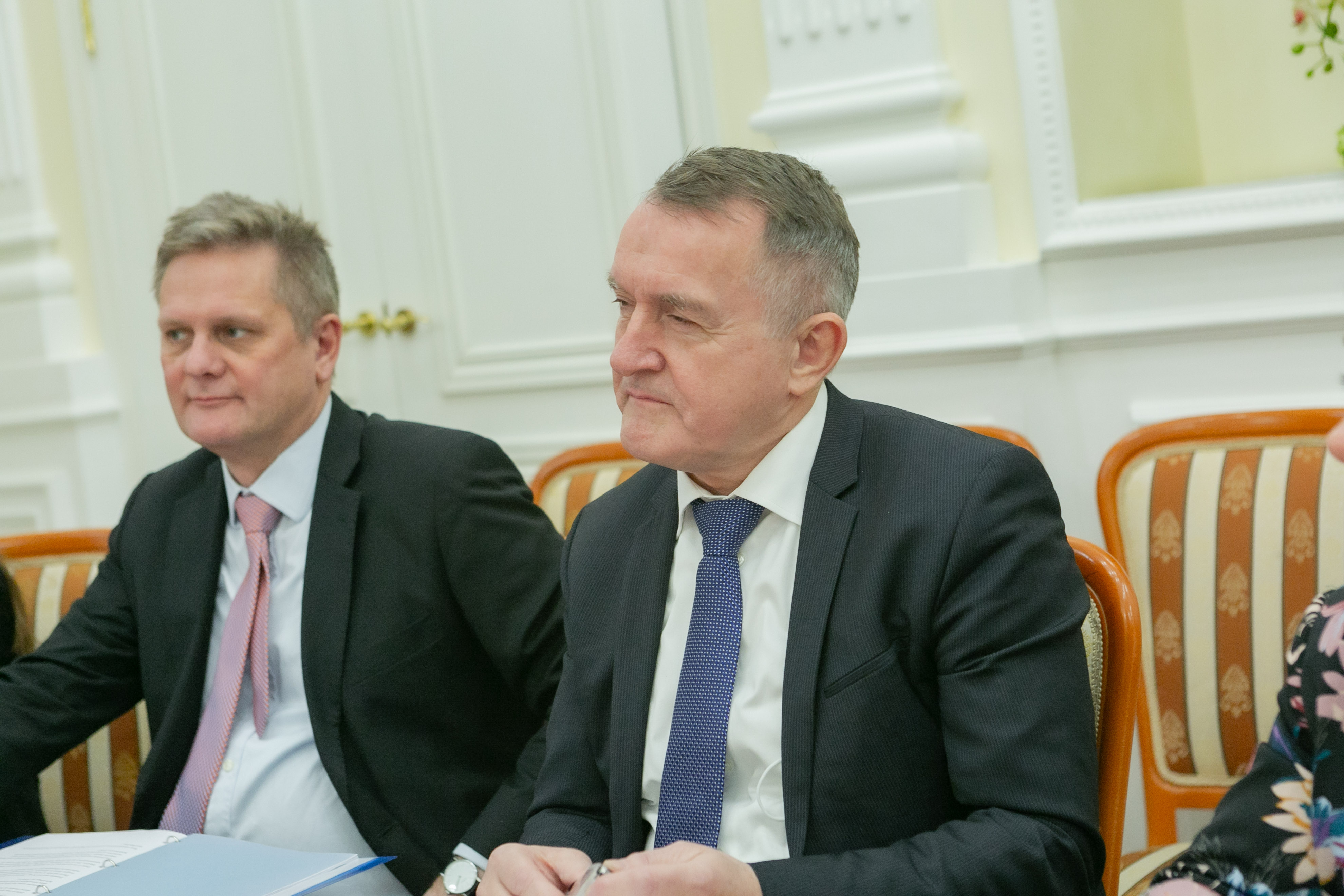