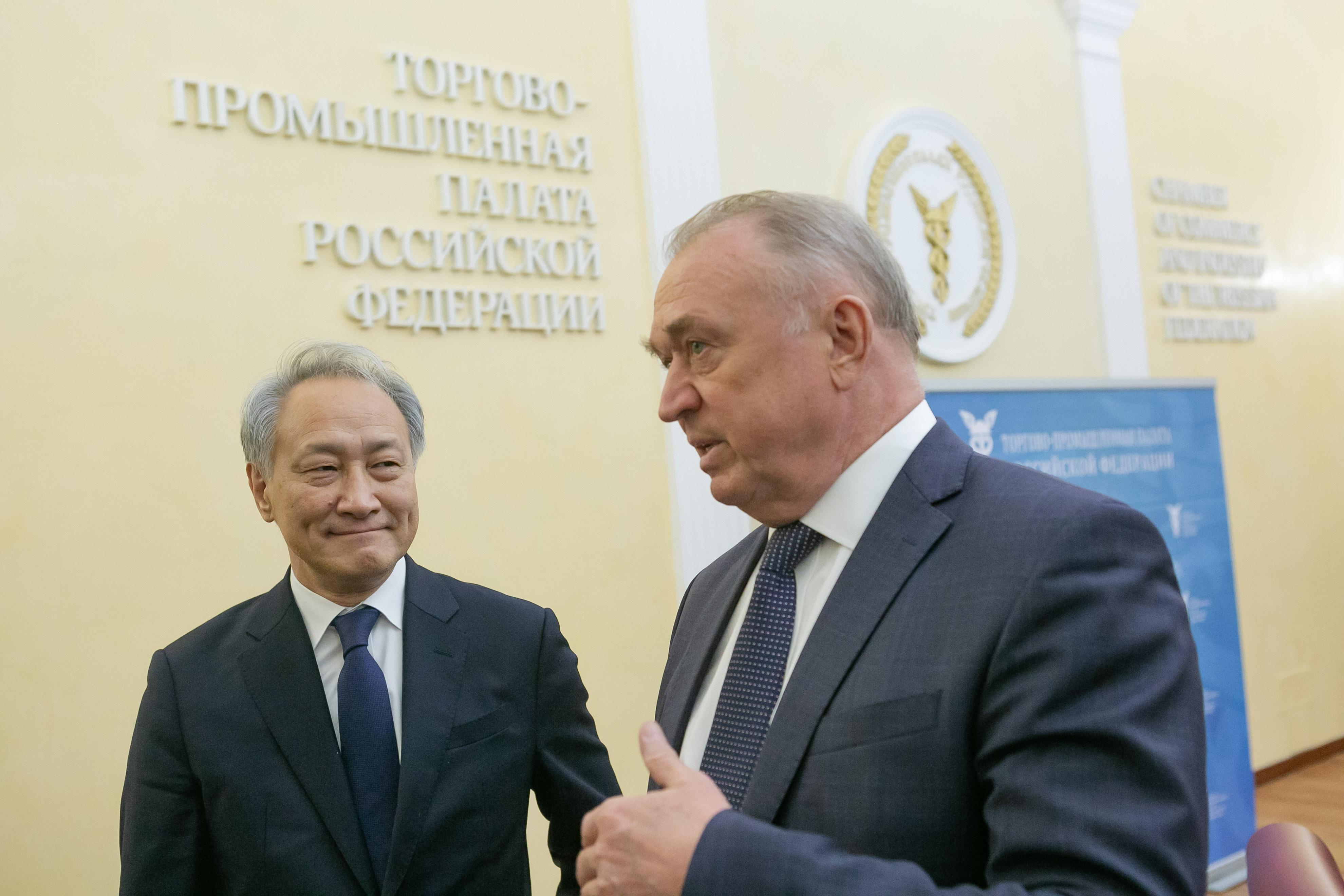 On December 7, President of the Chamber of Commerce and Industry of the Russian Federation Sergey Katyrin met with the Ambassador of the Republic of Korea in Moscow Lee Sok Bae and discussed the state and prospects for the development of bilateral trade and economic relations.

The Ambassador said that bilateral trade between Russia and South Korea is recovering at a high rate after the recession caused by the coronavirus epidemic. In this context, he positively shared the results of the meeting of the Russian-South Korean intergovernmental commission held earlier in the morning and talked about how the implementation of the Nine Bridges concept initiated by South Korean President Moon Jae-in, aimed at promoting practical cooperation between Russia and the Republic of Korea, is proceeding.

The concept envisages interaction in such areas as railways, seaports, energy, natural gas, Arctic shipping, shipbuilding, agriculture, fishing, the creation of industrial complexes, ecology, education and healthcare. Joint projects include the connection of the cross-border inter-Korean railway to the Trans-Siberian Railway, as well as the creation of an energy system connecting Russia with the power grid of Northeast Asia, which includes South Korea, China and Japan.

As a successful example of business cooperation, the Ambassador cited the opening by Hyundai WIA Corporation of a plant for the production of automobile engines in the Leningrad Region. “This project is unique in its industry,” said Lee Sok Bae.

At the same time, according to the South Korean ambassador, the indicator of bilateral trade does not fully reflect the potential of the countries. According to Lee Sok Bae, the conclusion of an agreement on investment and free trade in services could give an additional impetus to the development of cooperation. The possibility of signing such an agreement has been carried out by the relevant departments of the two countries since 2018. During the meeting, the Ambassador also discussed with the President of the Chamber of Commerce and Industry the difficulties faced by Korean companies in Russia, and the organization of the world exhibition EXPO-2030, which  both Moscow and the Korean city of Pusan want to hold.

The meeting was attended by Vice President of the Chamber Vladimir Padalko, Director of the Department of External Relations Alexander Kopkov and others. 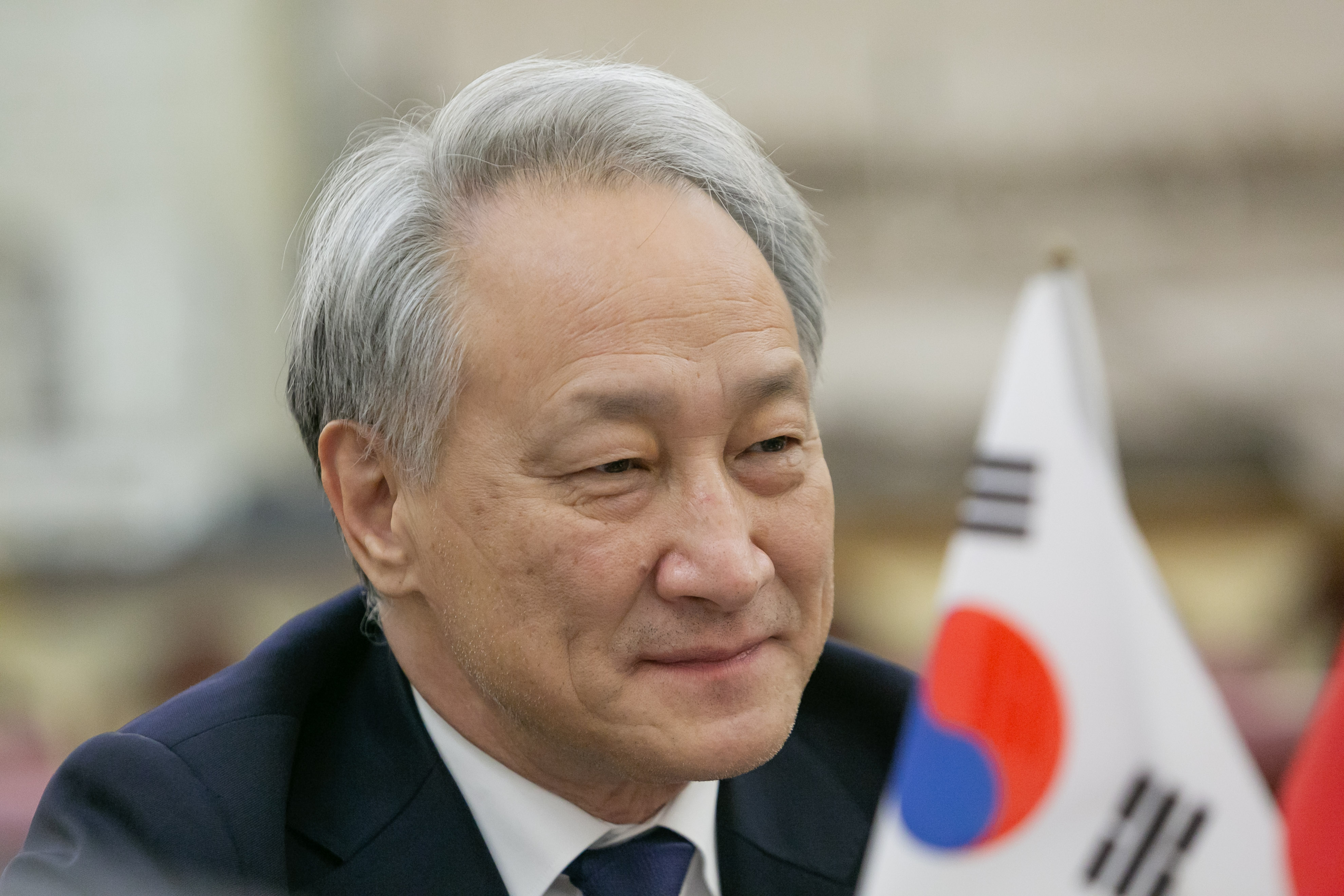 Lee Sok Bae, the Ambassador of South Korea to the Russian Federation

Sergey Katyrin at the meeting with the Ambassador of South Korea 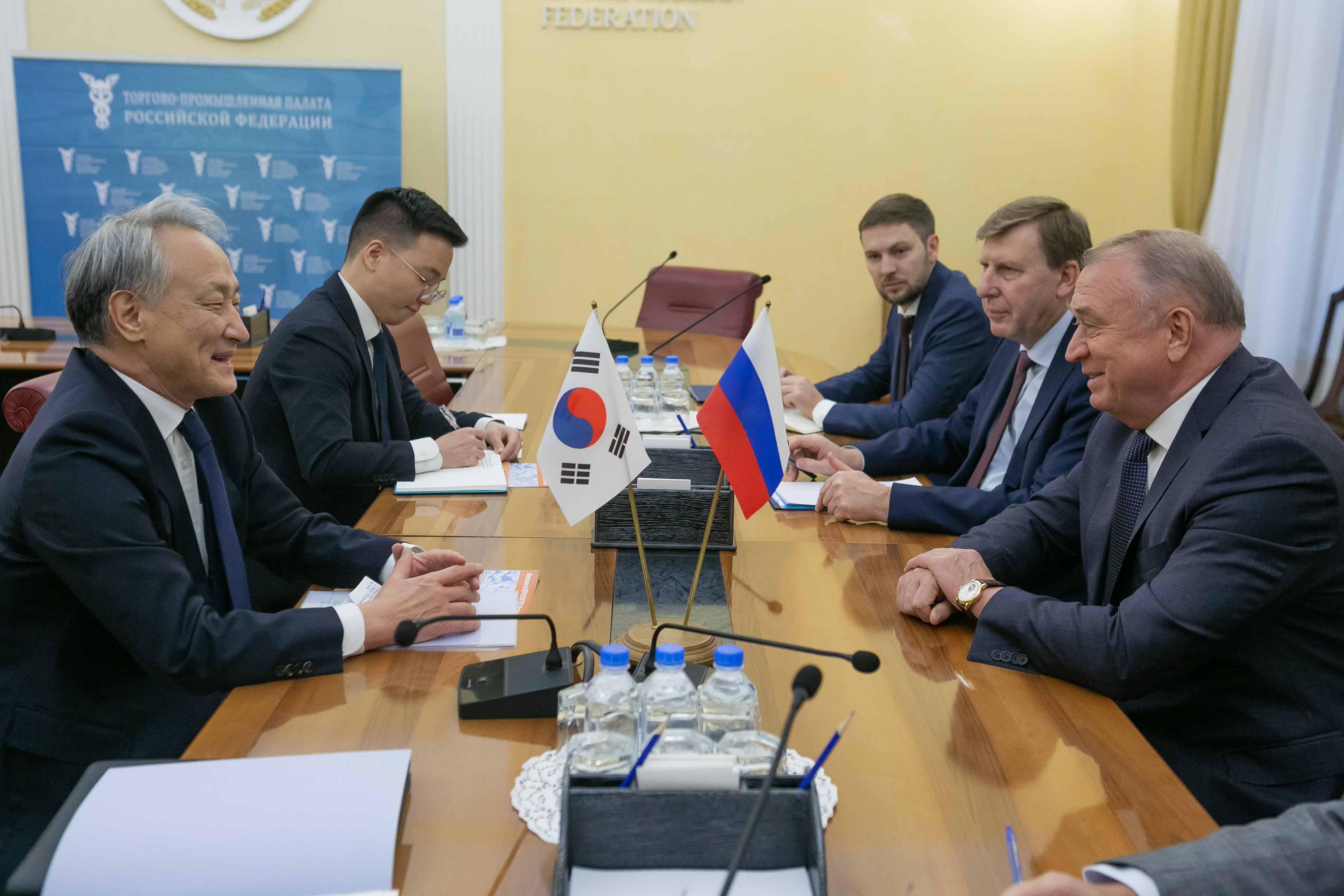 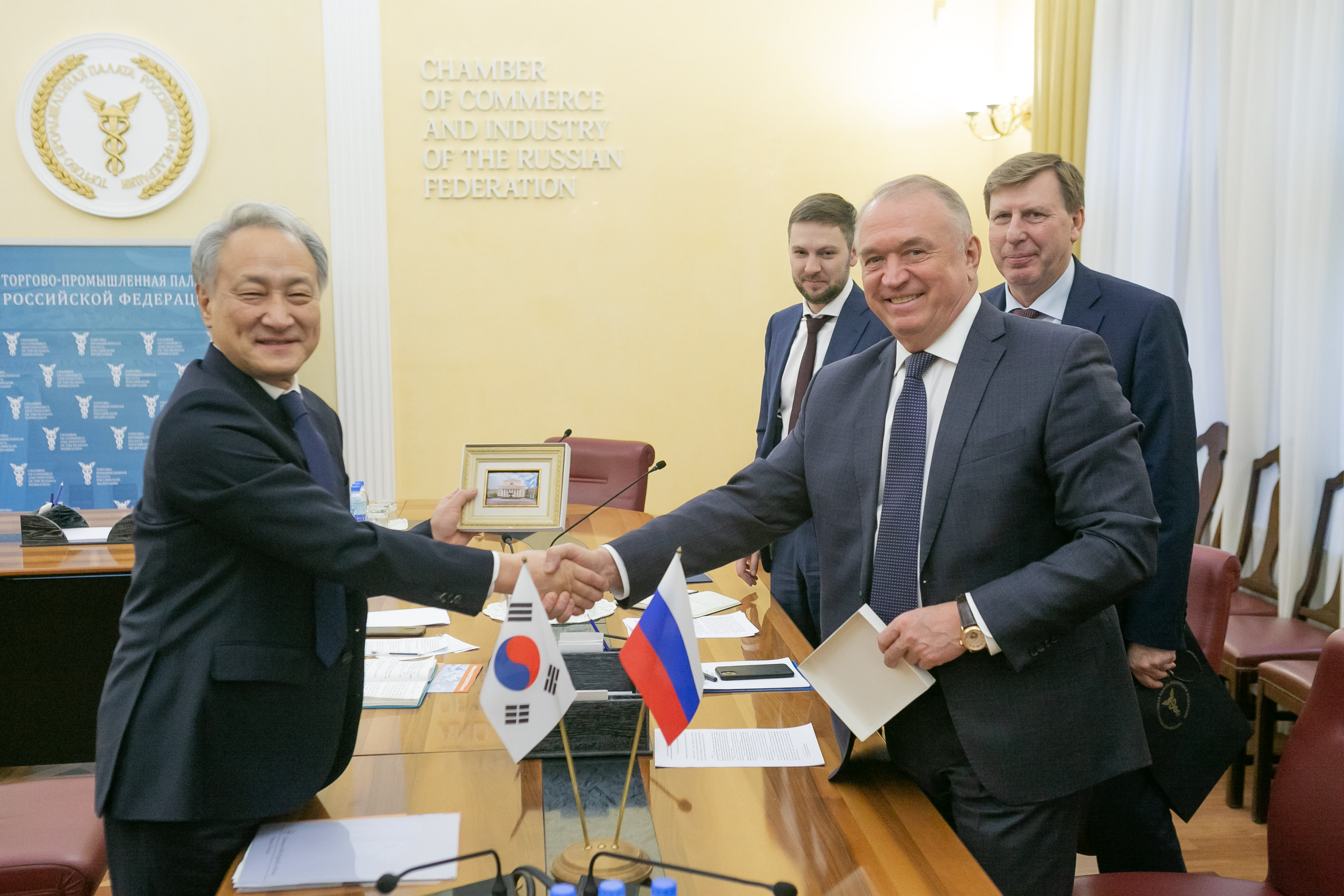 Handshake of Mr.Katyrin with Lee Sok Bae, the Ambassador of South Korea 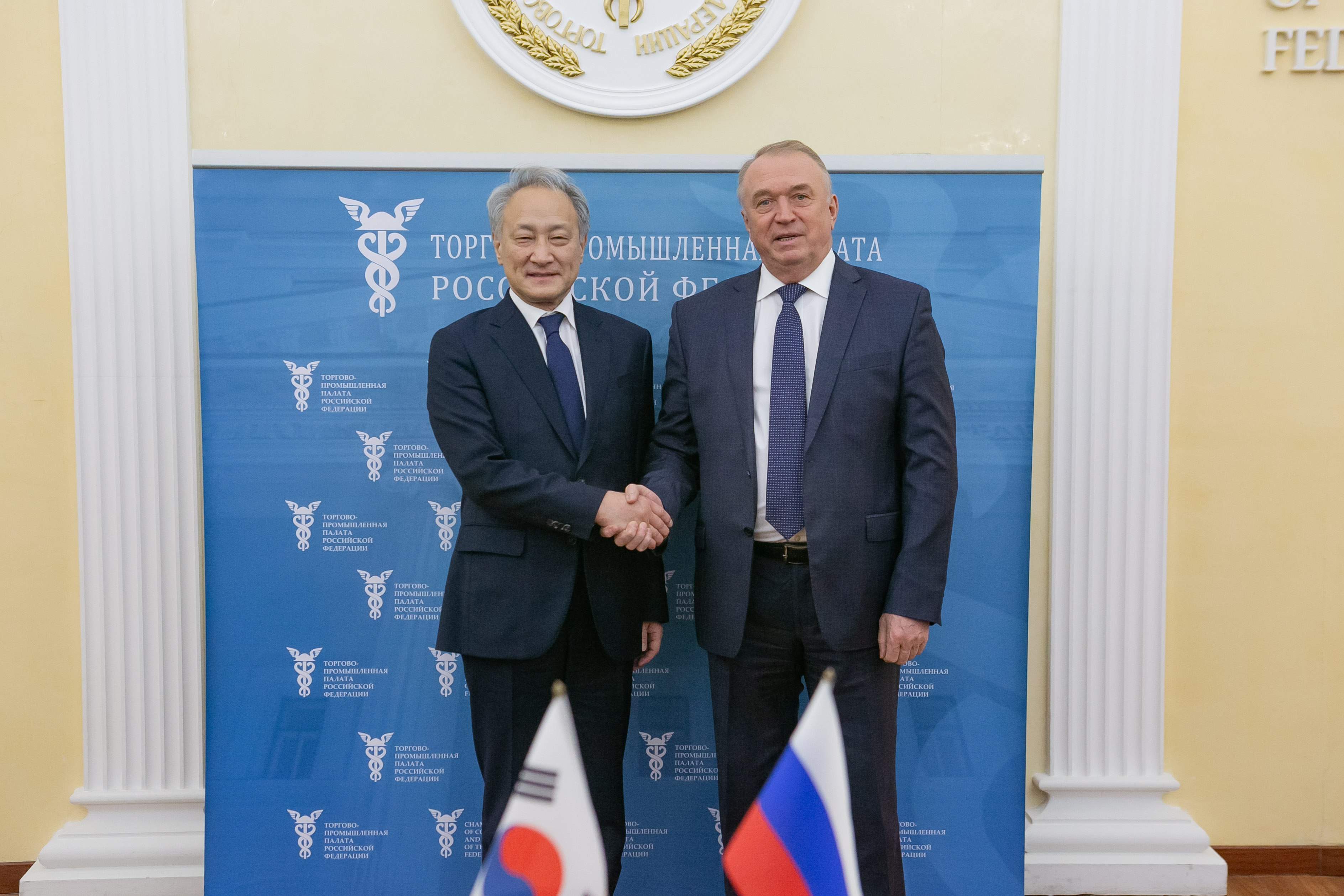 Photo with the Chamber's Rear's curtain
Short conversation after the meeting 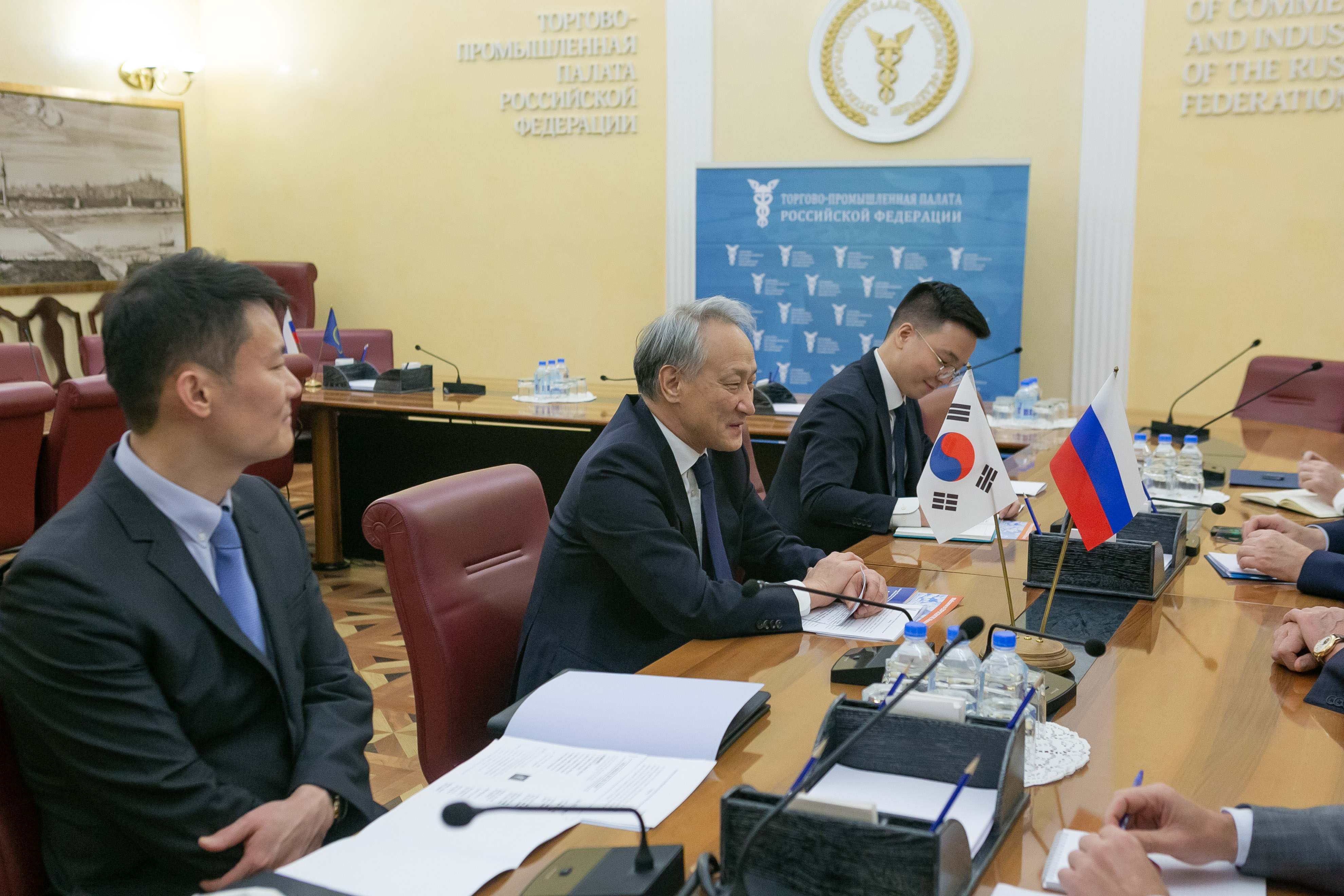