Katyrin Discussed with the Ambassador of Sri Lanka the Investment Opportunities
12.04.2022

Opportunities to promote the export potential of Sri Lanka in the Russian market and attract Russian investments to this country were discussed on April 12 at a meeting between the President of the Russian Chamber of Commerce and Industry Sergey Katyrin and the Ambassador of Sri Lanka in Moscow Janitha A. Liyanage.

The President of the Chamber of Commerce and Industry of the Russian Federation welcomed the development of ties between the Russian regions and Sri Lanka, especially contacts between small and medium-sized businesses. Sergey Katyrin called on businessmen from Sri Lanka to actively use the facilities of Expocentre and participate in exhibition activities, in particular, in the annual PRODEXPO exhibition.

The issue of mutual settlements in national currencies was also discussed, since, as the ambassador put it, her country "now has few dollars." In this regard, S. Katyrin drew attention to the fact that this is the responsibility of the Central Banks, which should be affected.

According to Katyrin, the concluding a free trade agreement regarding specific groups of goods with Sri Lanka should be clarified at the level of the Eurasian Economic Union and deserve discussion at the upcoming meeting of the intergovernmental commission of the Russian Federation and Sri Lanka.

Ambassador Janitha Liyanage drew attention to the possibility of creating joint ventures. According to her, Sri Lanka can provide land for the construction of production facilities. Sri Lanka retains its attractiveness as a tourist destination for Russian citizens. Now Aeroflot fly to Sri Lanka three times a week. About 100,000 Russians live in the country, the Аmbassador said.

Among the issues raised by Janitha Liyanage is the improvement of the conditions for attracting labor migrants from Sri Lanka to Russia, in which Russian enterprises are interested. In particular, textile enterprises in the Vologda region, which were recently visited by the head of the diplomatic mission. The representative of Sri Lanka said that the citizens of her country, arriving in Russia for employment, often face false information and deception in this area.

According to S. Katyrin, this problem remains very serious and requires a solution at the government level, which he knows as a member of the working group of the Security Council, which is preparing a special bill on this topic. “This problem concerns not only the Sri Lankans, but many others who come to Russia in search of work,” he said. “There are many shadow structures around such projects that take advantage of the lack of information or gaps in the legislation,” S. Katyrin emphasized. The President of the Chamber of Commerce and Industry of the Russian Federation said that the Chamber has a special unit that prepares documents for foreign specialists coming to Russia.

The Ambassador of Sri Lanka in Moscow Janitha A. Liyanage 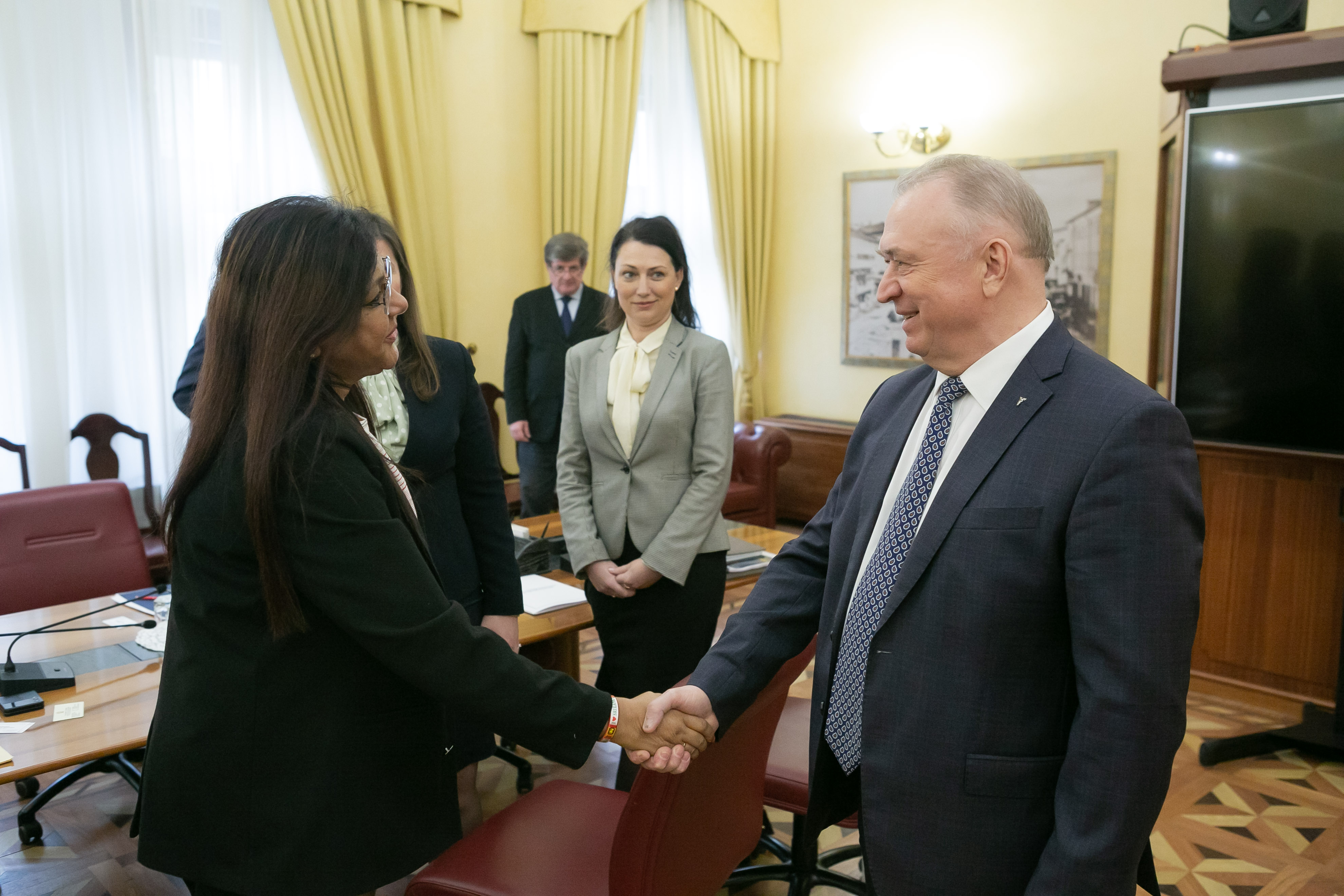 Handshake before the start of the meeting with Janitha Abeywickrema Liyanage 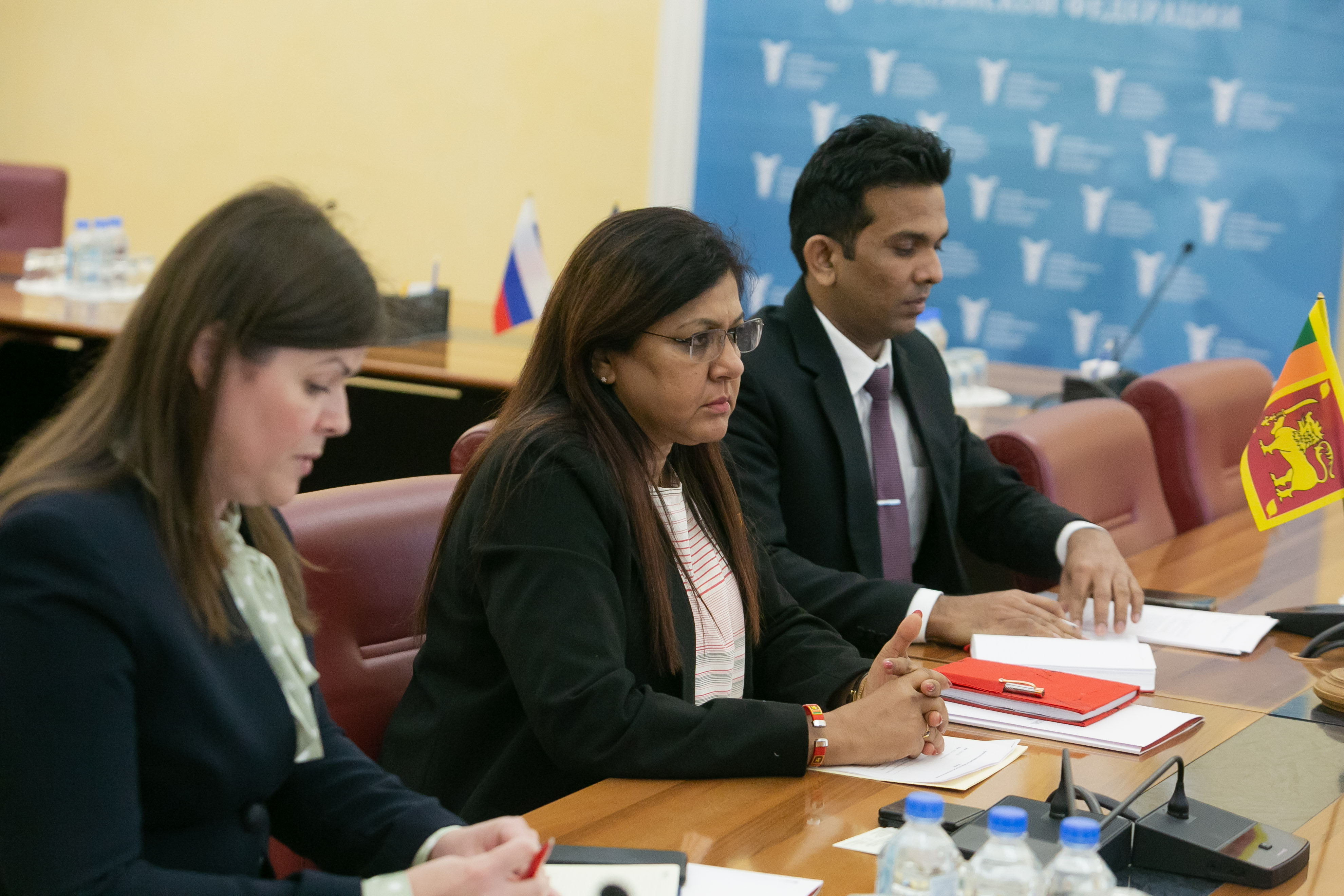 The delegation of Sri Lanka headed by Janitha Abeywickrema Liyanage 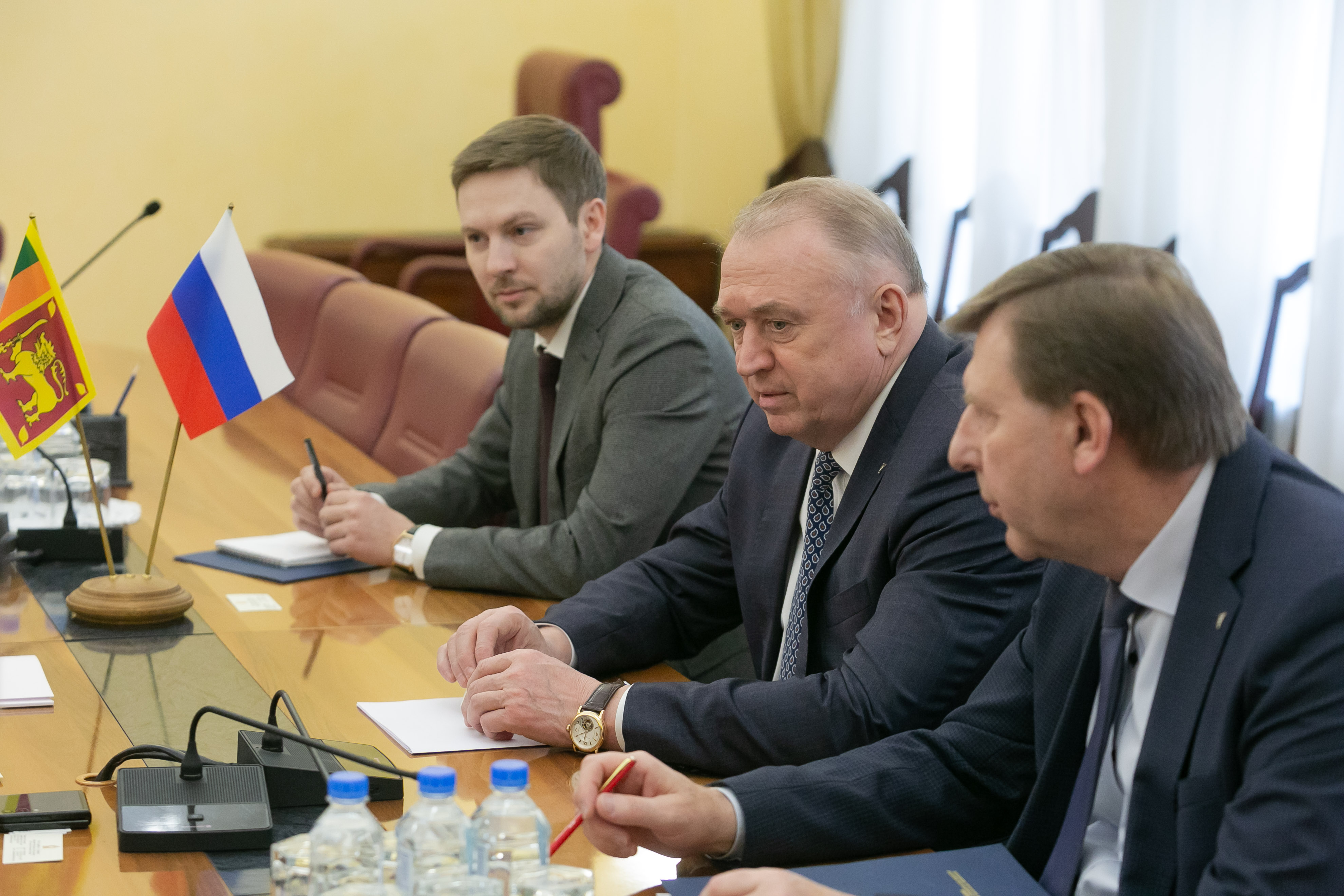 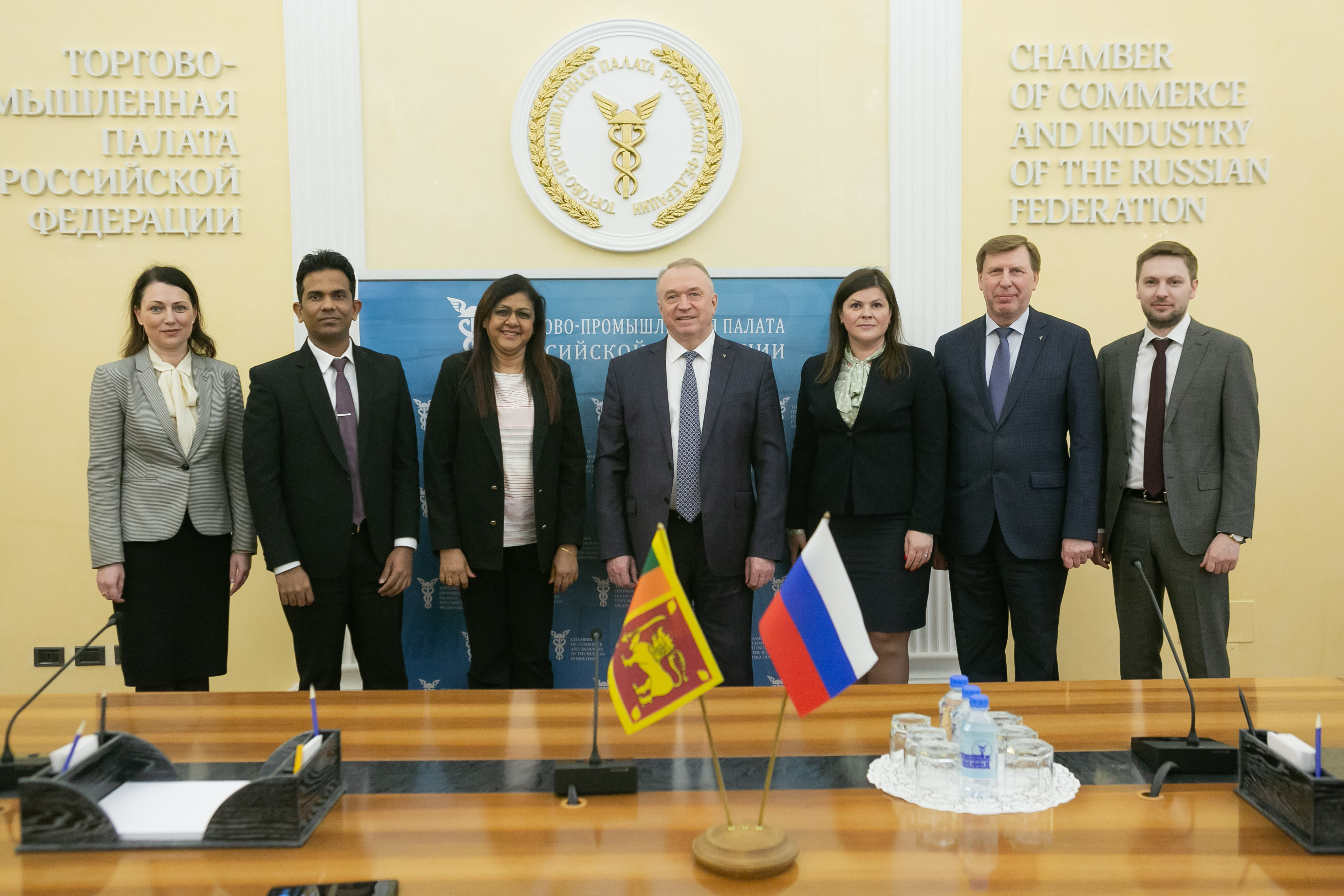 Group photo after the meeting 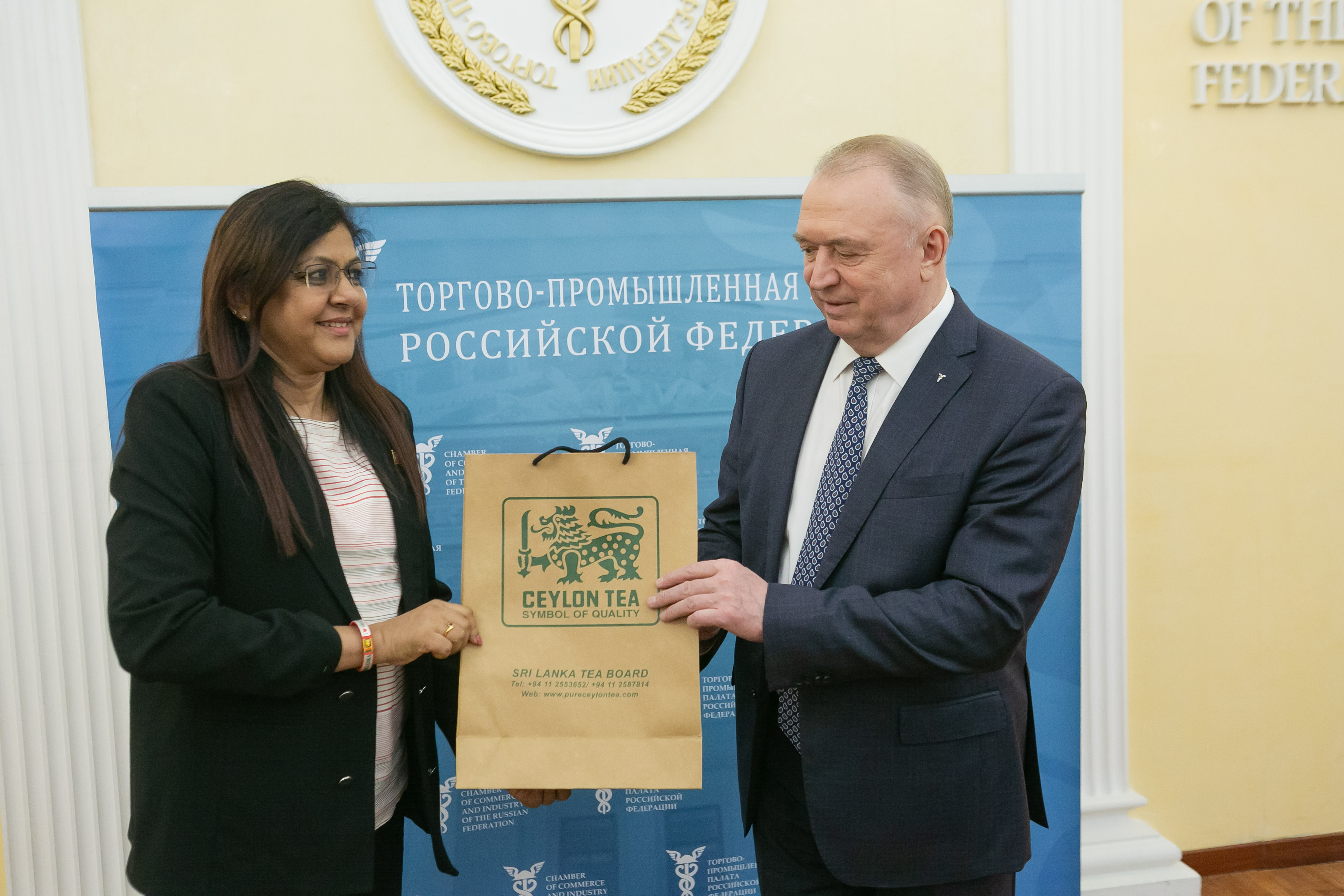