Sergey Katyrin Took Part in the Meeting of the BRICS Business Council
29.04.2022 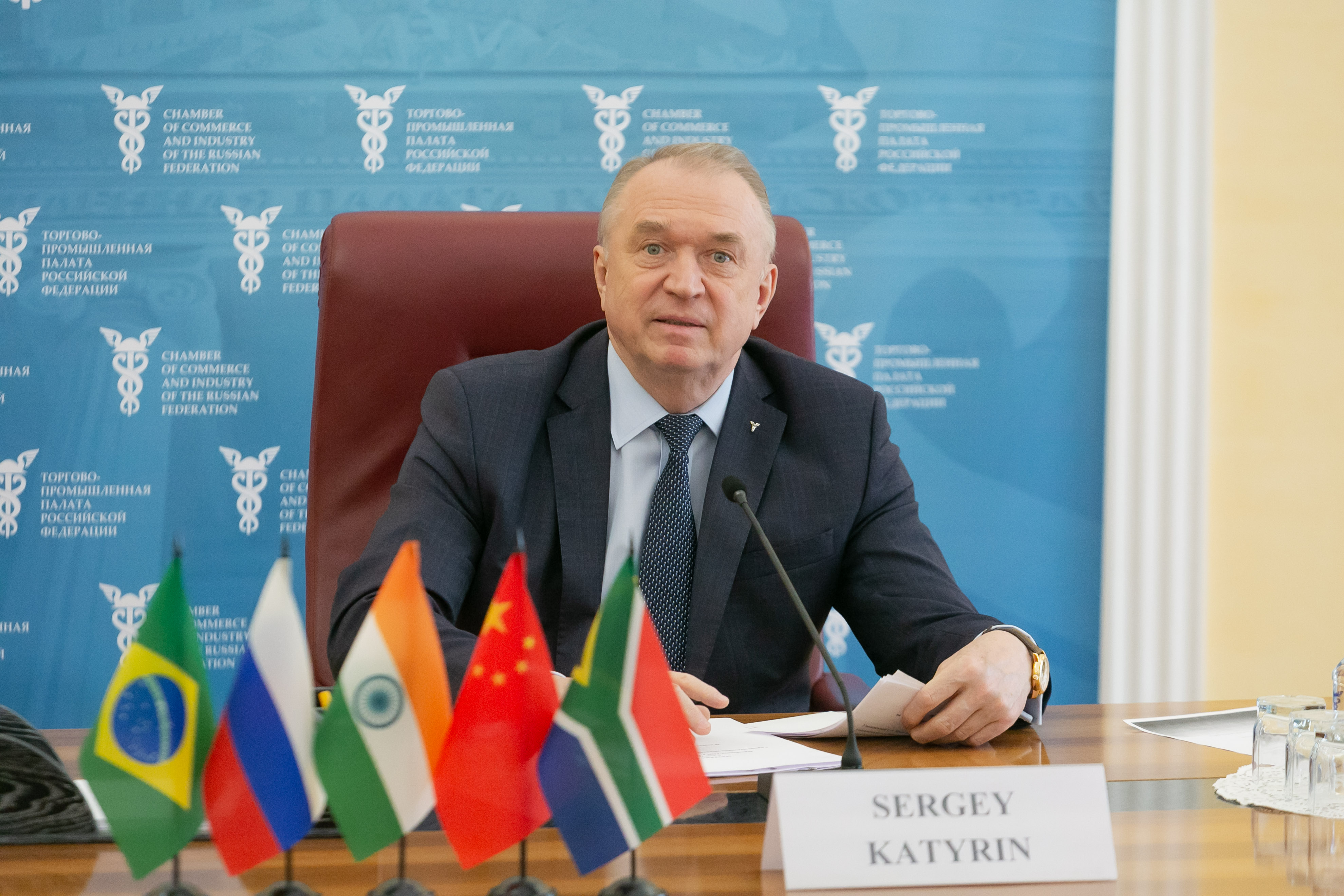 The Russian side supports the proposal to establish the ESG of the BRICS Association, which could take on these tasks. Within the framework of the BRICS, an independent system of credit ratings should be created, Sergei Katyrin believes. Given the importance of maintaining sovereignty in the regulation of credit ratings in each of the five countries, the most promising solution seems to be the creation of an Alliance of BRICS rating agencies, united by a common methodology.

It is also necessary to intensify the discussion of the possibilities of cooperation between the BRICS insurance markets and, given the unfolding crisis of the international financial system, to develop payment services within the "five".

Cooperation with the BRICS New Development Bank should be more active, he said. Sergey Katyrin made a special mention of the offer of JSC Russian Railways regarding priority financing of railway projects by the bank. This proposal is in line with the BRICS Economic Partnership Strategy until 2025 in terms of developing supply chains and increasing the logistics connectivity of countries.

This year the topic of the session is “BRICS countries: deepening trade and economic cooperation”. 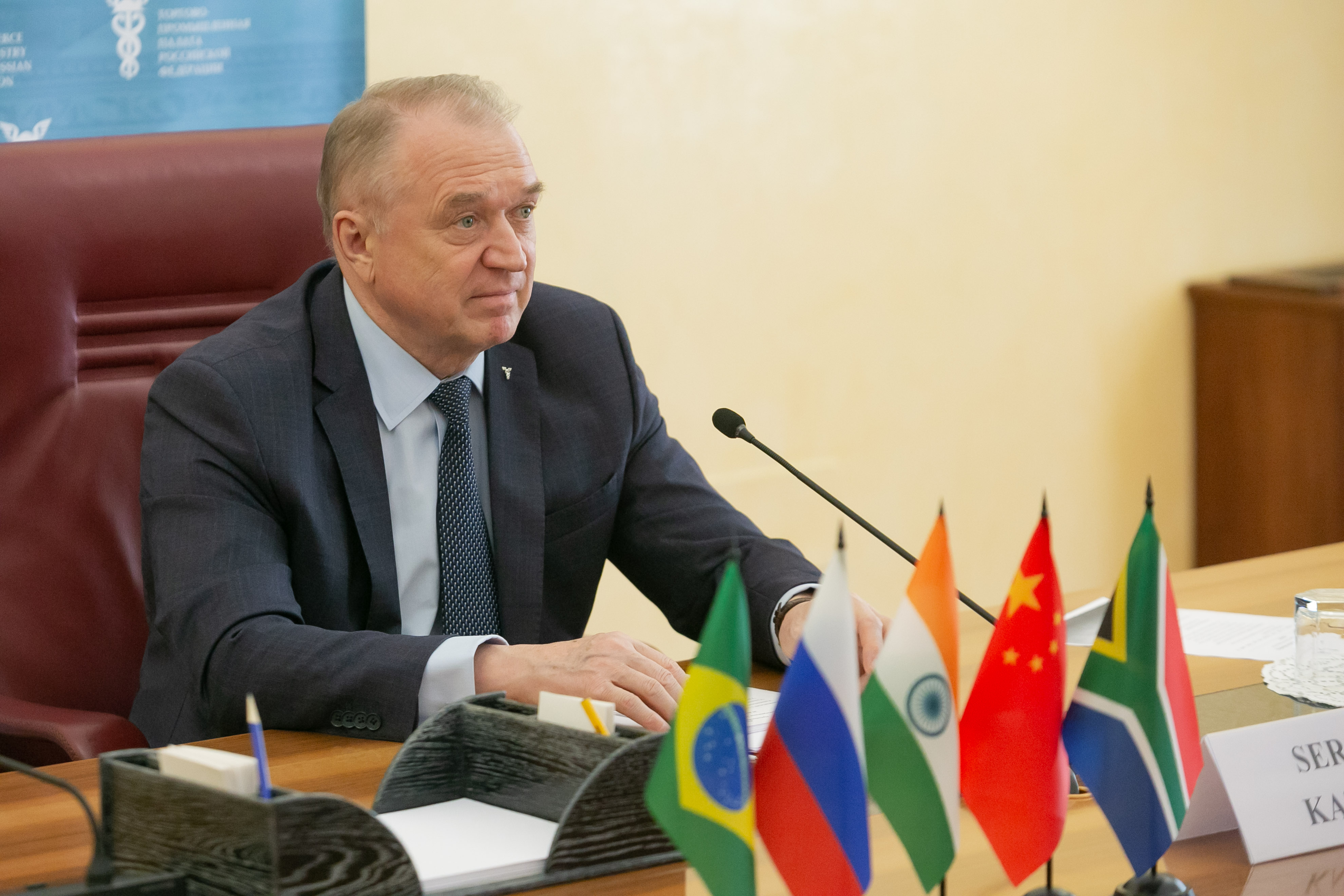 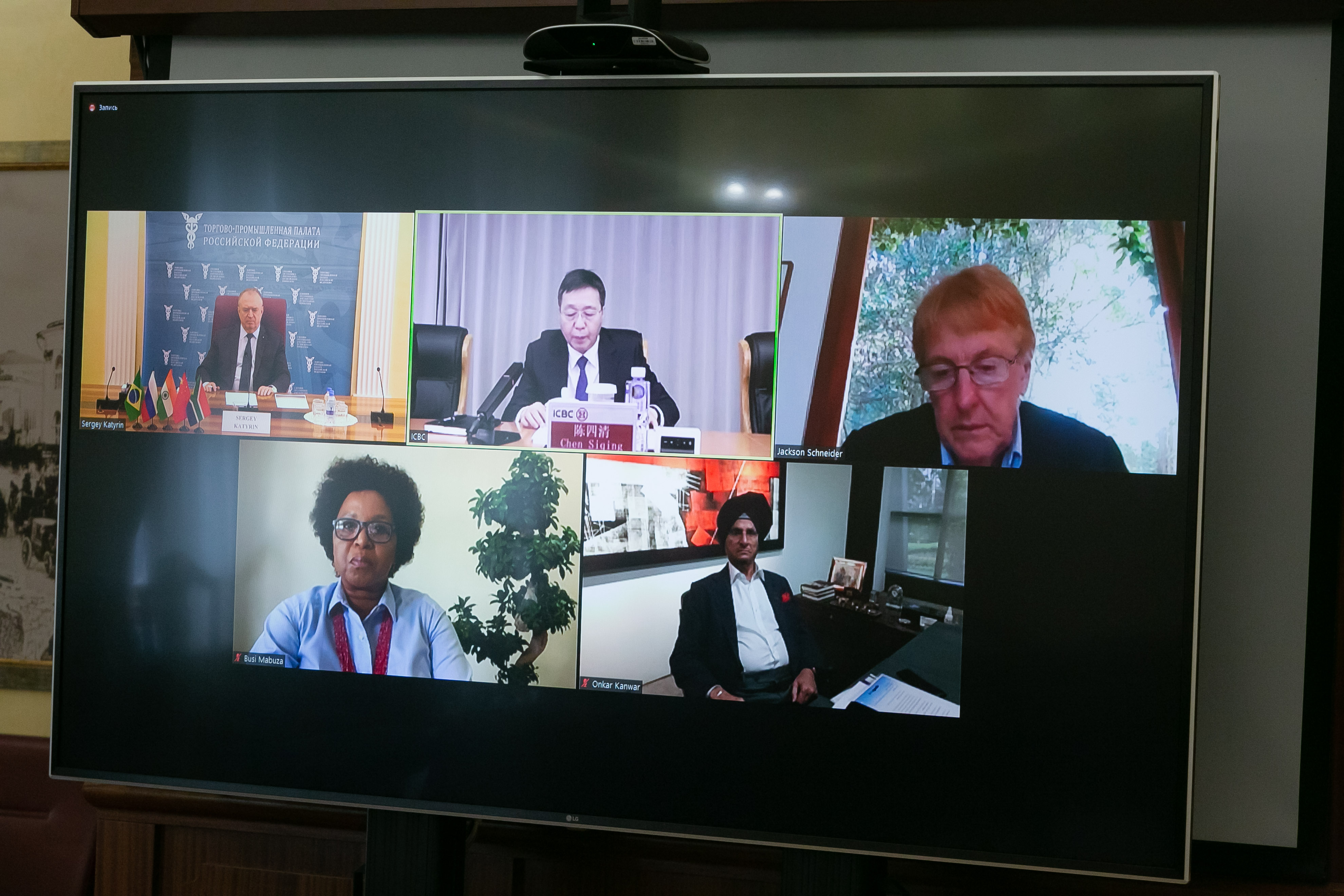 The screen of the video conference with BRICS participants