Katyrin: Sustainable Development is a Familiar Concept for Many Enterprises, and for the Chamber Especially
23.05.2022 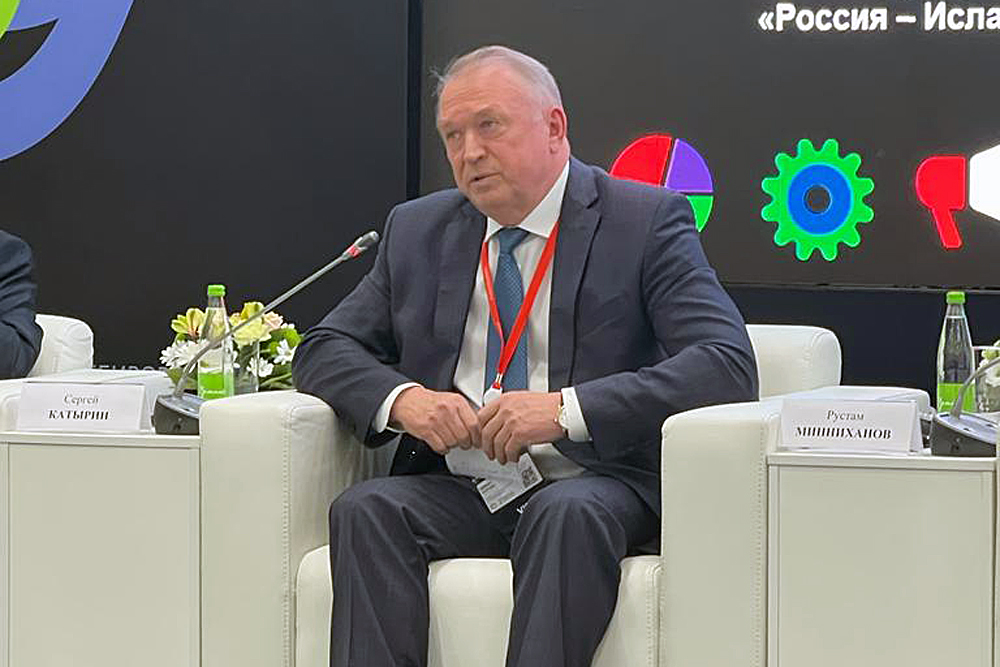 The main goals defined in the ESG agenda (environment, social policy, public administration) have been pursued by the Chamber of Commerce and Industry for a long time, said Sergey Katyrin.

President of the Russian Chamber of Commerce and Industry, said that on May 20 in Kazan, answering a question about the future of the ESG agenda in Russia.

“If you look at the 17 principles defined in this agenda, you can see that the Chamber of Commerce is doing this work, maybe with some minor exceptions,” S. Katyrin said.

The President of the Chamber spoke during the plenary discussion of the International Forum of Chambers of Commerce and Industry and about the role of chambers of commerce and industry in the implementation of the ESG agenda, which is aimed at the sustainable development of commercial activities.

“Sustainable development is a familiar concept for many enterprises, but for the system of the chamber it is definitely,” Sergey Katyrin noted. He emphasized that in all large companies, ESG issues are under control and are included in the production chain.

The most important direction in the field of ecology could be cooperation between regions, so that it does not happen: when waste is poured into a river flowing to another region, Mr. Katyrin said. He also added that the issue of coordination concerns other areas of activity, not just ecology. There was a period when each region wanted to build a cement plant, but in the end, none of them could reach the design capacity, recalled Sergey Katyrin.

According to him, when they start creating production and inviting investors, enterprises start drowning each other, as a result, no one copes with the task: problems begin, where to lead it and how to implement it. Therefore, many projects must undergo interregional expertise, the president of the Russian Chamber believes. He stressed that any project must undergo an examination to understand what consequences may be encountered.

Katyrin also said that the Council for Sustainable Development was created to work on the ESG agenda. Large companies, including Rosatom, have been invited as partners. “We held the first meeting with the participation of Sergey Kiriyenko, First Deputy Head of the Presidential Administration. We have prepared recommendations for all our colleagues in chambers of commerce. I must say that in many regions the main driver of the sustainable development agenda is the chambers of commerce and industry. They initiate consideration of sustainable development issues. They become the initiators of the creation of structures that would deal with this,” he said. 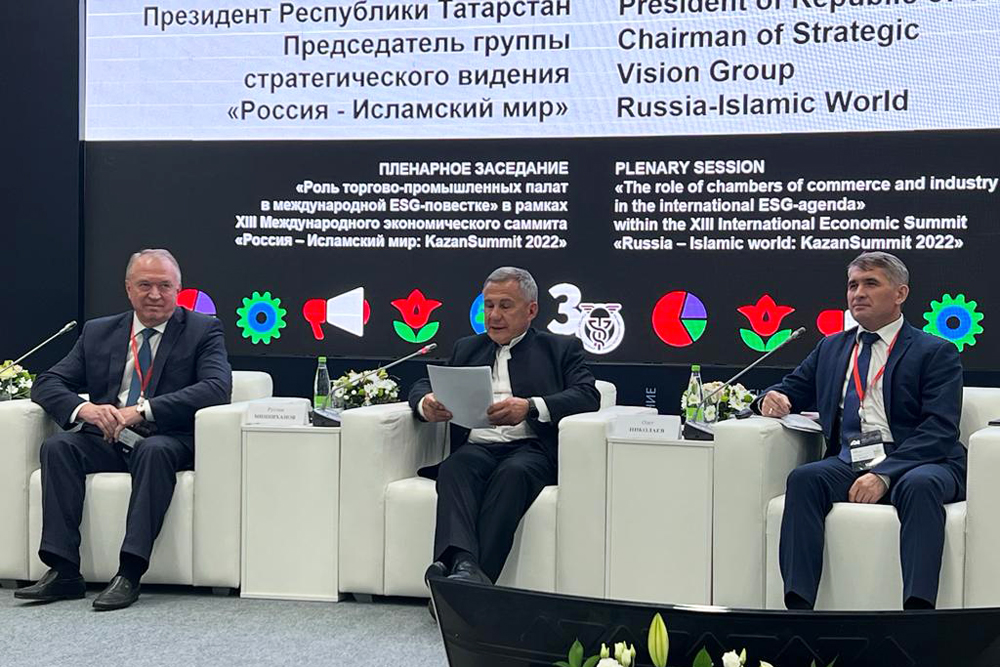 Rustam Minnikhanov, President of Tatarstan (in the middle) speaking at the forum. Next to him on the left - Sergey Katyrin, Chairman of the Chamber