For more than a century, the Chamber of Commerce and Industry of Russia has accumulated a serious potential in the ability to work with business and defend its interests, President of the  Chamber Sergey Katyrin said on November 1 at the World Thematic Conference of Russian Foreign Compatriots “Economic Cooperation: Compatriots and regions of Russia. Responding to the challenges of the times.

In his speech, Sergey Katyrin recalled that the main task of chambers of commerce and industry is to defend the interests of business.

The Chamber today unites more than 150 chambers of commerce and industry in the constituent entities of the Russian Federation and unites more than 300 industry associations. The external track has its own system of full-time representatives and, until recent events, they worked in 10 countries. The head of the Chamber said that now the activities of three of them in London, Brussels and Milan are suspended (“it is suspended, not closed, and we hope to return to this issue”). Our compatriots work in 21 countries as honorary representatives who act by proxy from the Chamber.

“The experience of our work with 21 countries shows that this is a two-way process, that this is not only the realization of Russian interests in the host country, our Russian entrepreneurs in foreign markets, but also the realization of the interests of businesses from various countries on the territory of the Russian Federation,” said the head Chamber of Commerce and Industry of the Russian Federation.

The Chamber expands the geography of its activities towards the countries of Asia and Latin America. “In some exotic states, it is not so easy to do this, but such work is underway, and in the near future we will expand our geography,” he stressed.

Sergei Katyrin noted the role of business councils that have been established with 76 countries and stressed the readiness to work with these countries, as he put it, regardless of whether they are friendly or unfriendly. Unfortunately, there are no our compatriots in the composition of business councils, but they can and should be invited to defend common interests. The President of the Chamber noted that often the heads of business councils are deputy chairmen of intergovernmental commissions, which allows them to immediately convey business concerns to the government.

“We maintain contacts with the businesses of the “sanctioned” countries and try to maintain opportunities for the exchange of goods,” Sergey Katyrin said, saying that almost all of these countries have their own business associations in Russia, and we meet with them when they need to discuss their preoccupation with certain processes.

At the end of his speech, Sergey Katyrin invited foreign compatriots for cooperation and noted that the chamber is open to interaction both in the center and in the regions, and “if someone wants to be our representative, we will invite them to this work.”

The plenary discussion was led by the head of Rossotrudnichestvo Evgeny Primakov. 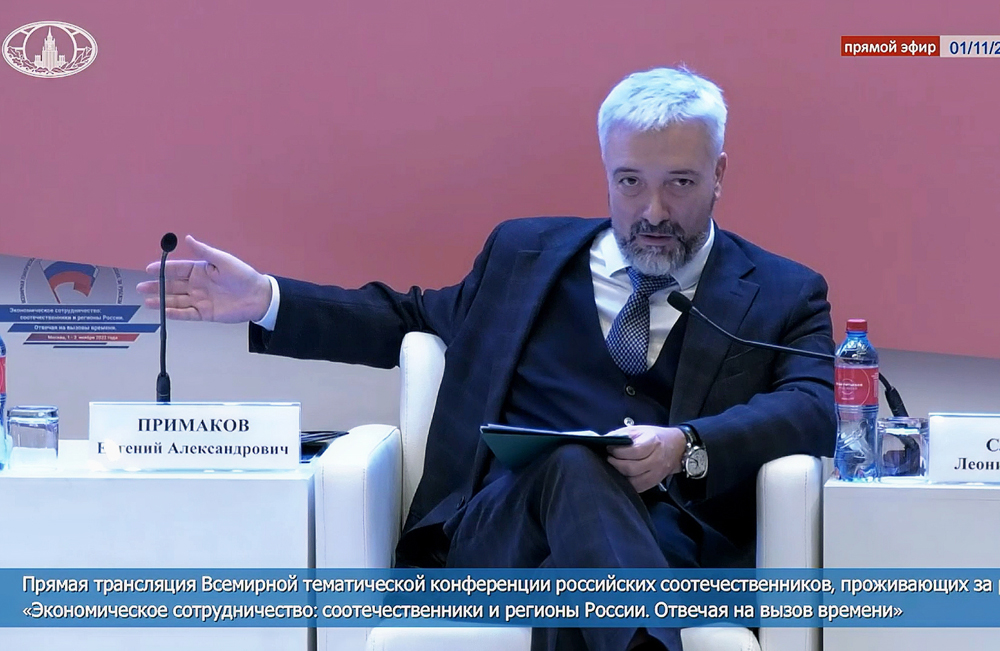