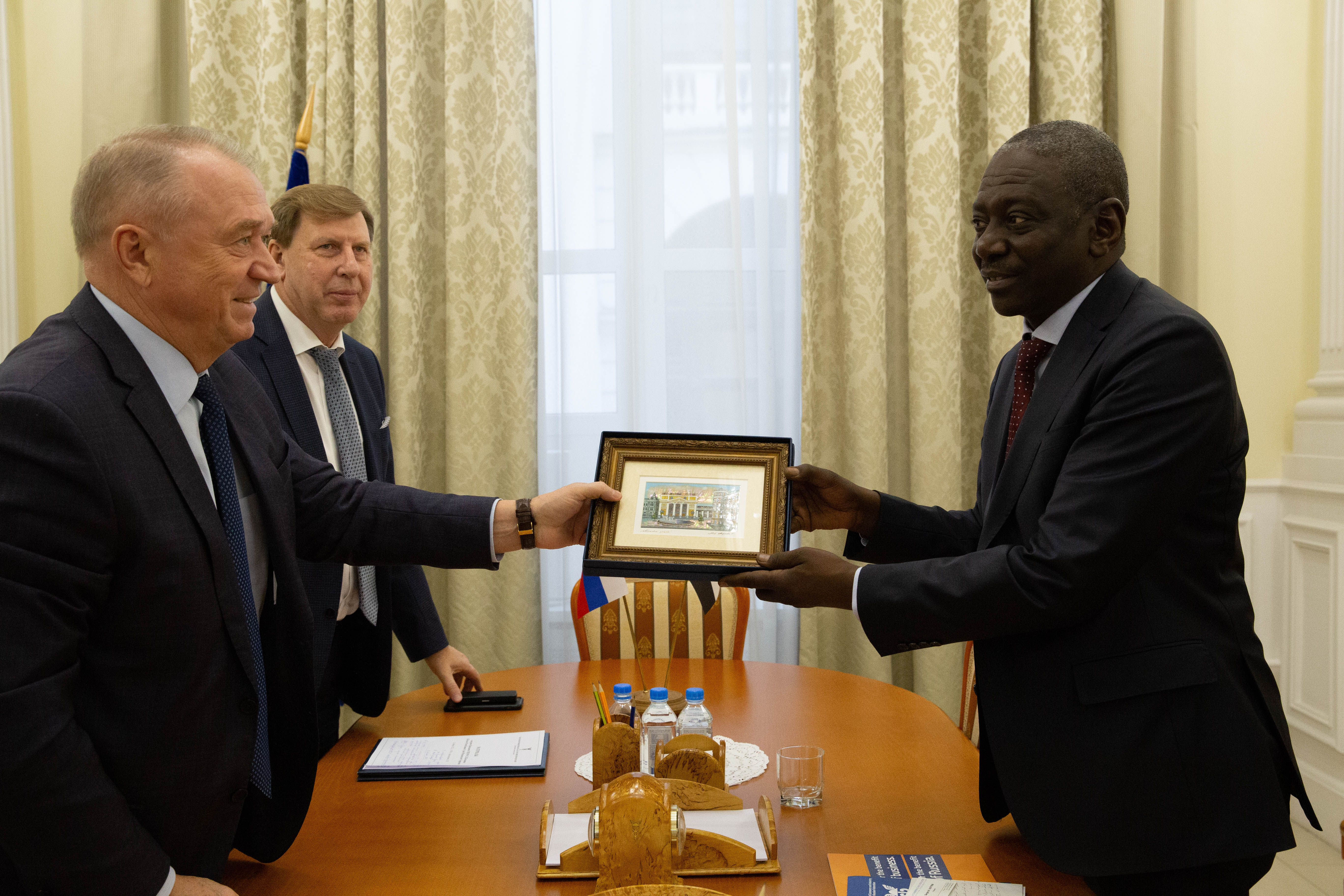 The President of the Chamber of Commerce and Industry of the Russian Federation Sergey Katyrin suggested that Sudanese entrepreneurs gain a foothold in the Russian market so that the Russians would better know the possibilities of Sudanese products. This was stated by the head of the Chamber on November 2 at a meeting with the Ambassador of the Republic of Sudan in Moscow, Mohammed Sirraj.

Welcoming the new head of the diplomatic mission of this African country, Sergei Katyrin noted that recently there has been a reduction in trade between our states and much needs to be done to change this trend.

According to Sergei Katyrin, first of all, it is necessary to establish information exchange, since Russian businessmen know little about the possibilities of Sudan. “The first thing we should do is to involve the Sudan Chamber of Commerce in the work, since we do not have many contacts with it,” S. Katyrin said. “You have the opportunity to induce the Chamber to act in the direction - Russia,” Mr.Katyrin noted.

Mr.Katyrin informed that the Chamber of Commerce and Industry has a branched structure and works with 150 of its divisions in regions throughout Russia. “We have the ability to deliver information and receive it,” he stressed.

The President of the Chamber also named mutual participation in exhibition and congress activities as an important direction, highlighting the possibilities of Expocentre for presenting Sudan not only to the Russian public, but also to the international one. “Of course, due to the remoteness of the two countries from each other, it may not be so easy, but it would be right to represent Sudan at separate exhibitions. For example, at the "ProdExpo" exhibition, which represents food-producing companies,” S. Katyrin suggested.

Katyrin called the exchange of business missions an important area of ​​cooperation, which will allow developing contacts for organizing joint production. “All together will allow us to expand cooperation and reach a new level of trade,” said the President of the Russian Chamber of Commerce and Industry.

In his remarks, Sudanese Ambassador Mohammed Sirraj noted that there are opportunities for increased investment between Sudan and Russia. Speaking about the importance of information exchange, the head of the diplomatic mission said that the Embassy is prepared to provide any necessary information about Sudan. “Participation in exhibitions opens up opportunities for cooperation between the two countries,” he said. Mohammed Sirraj expressed a desire to know the list of goods from Sudan that Russia needs. In this regard, he noted the rich supply of mangoes from Sudan, where up to 40 varieties of this fruit crop grow. In addition, Sudan produces halal meat products - lamb and beef, the Ambassador said.

The head of the diplomatic mission of Sudan invited the Russian delegation to visit the International Exhibition Center in Khartoum next year and meet with representatives of various sectors of the economy of the Republic of Sudan. 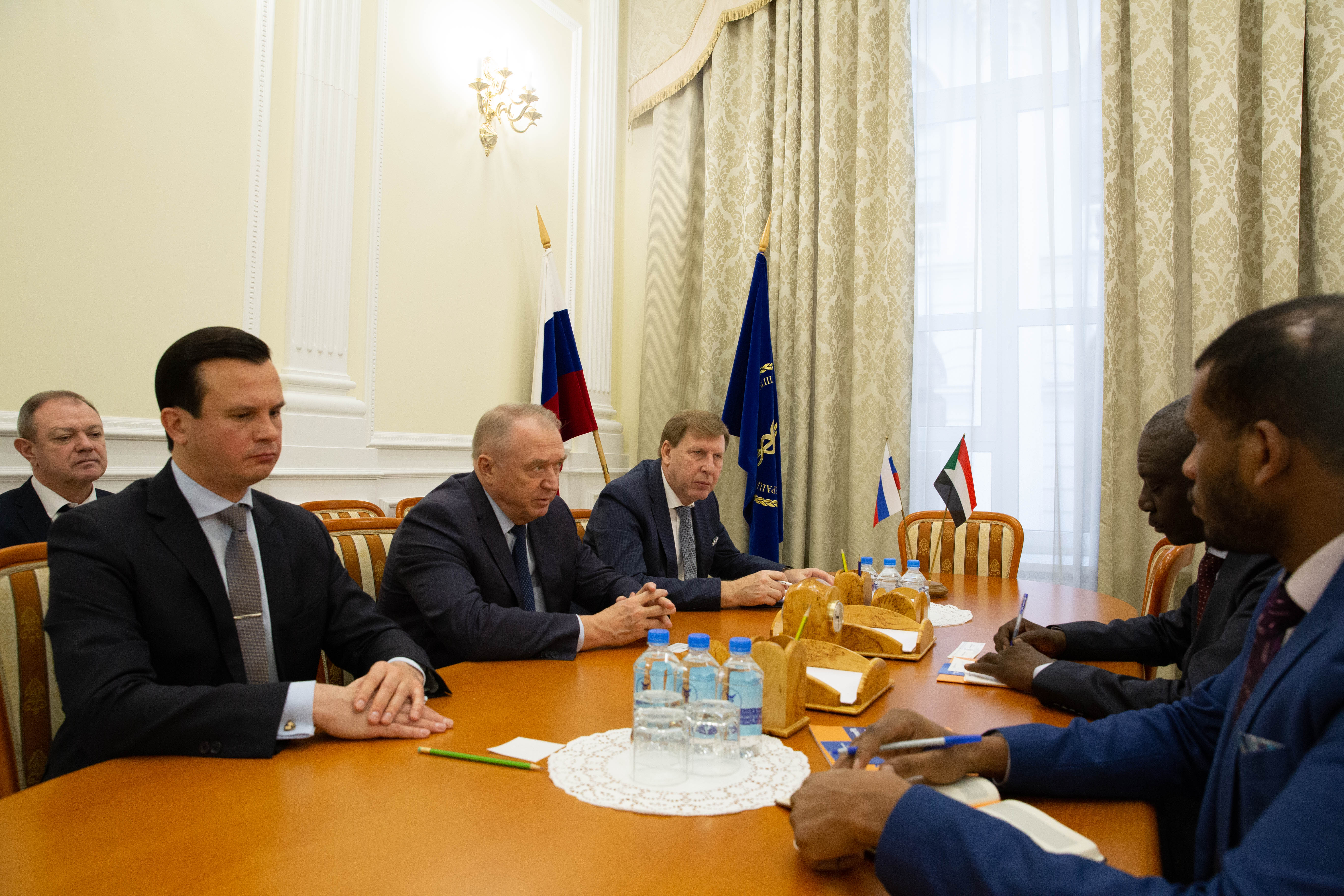 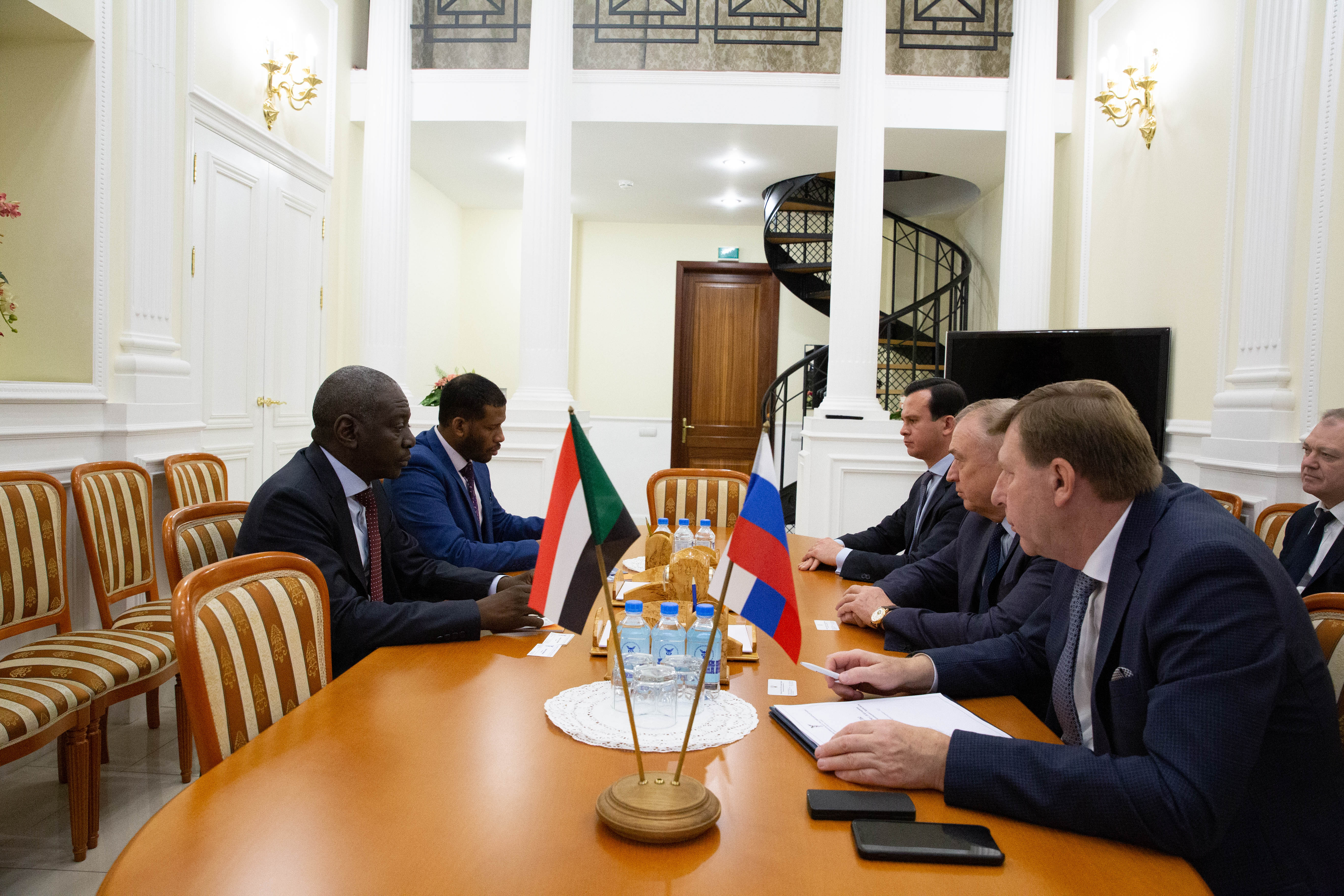 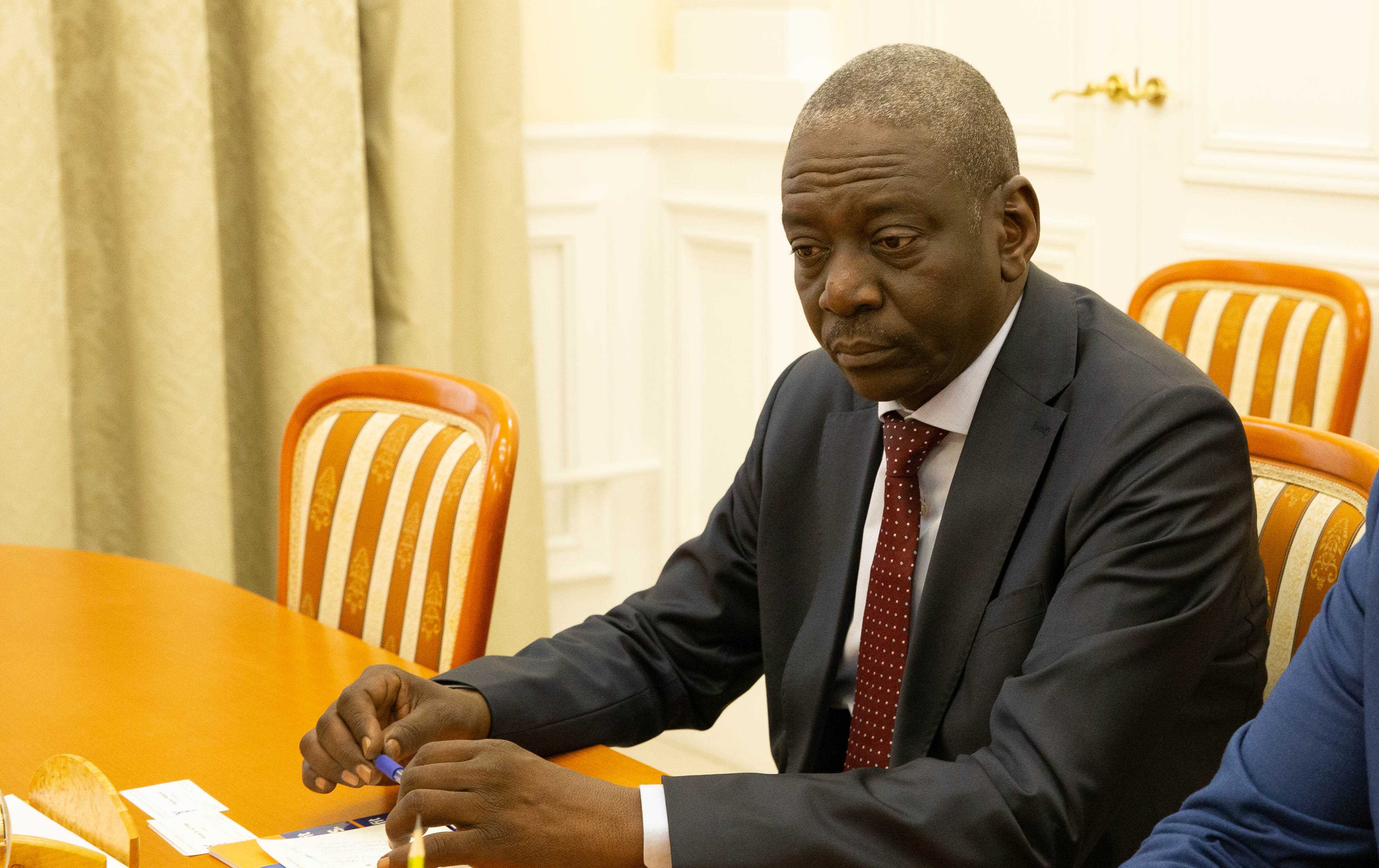 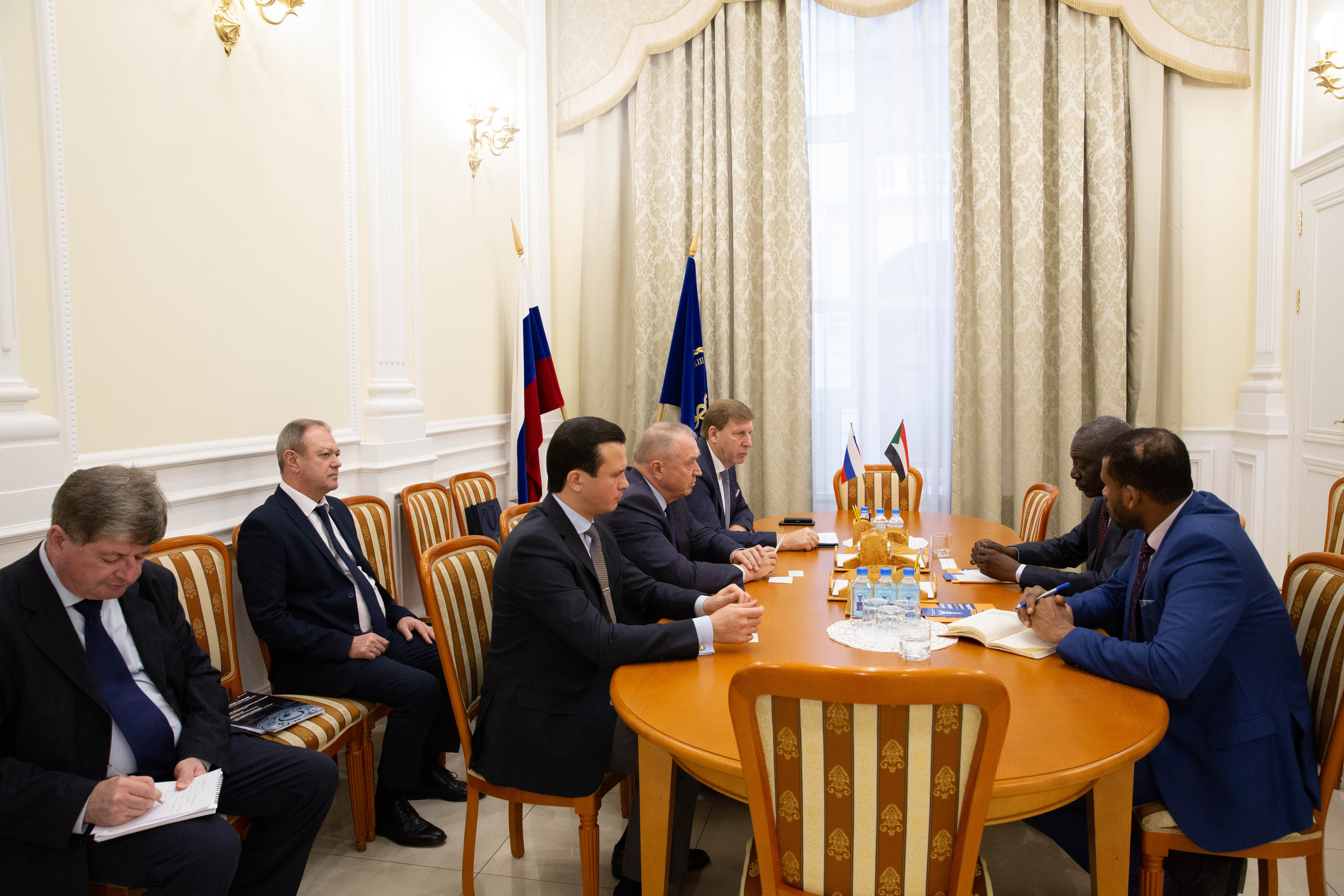