In the Chamber Discussed the Industrial Dialogue with Turkey
21.12.2022 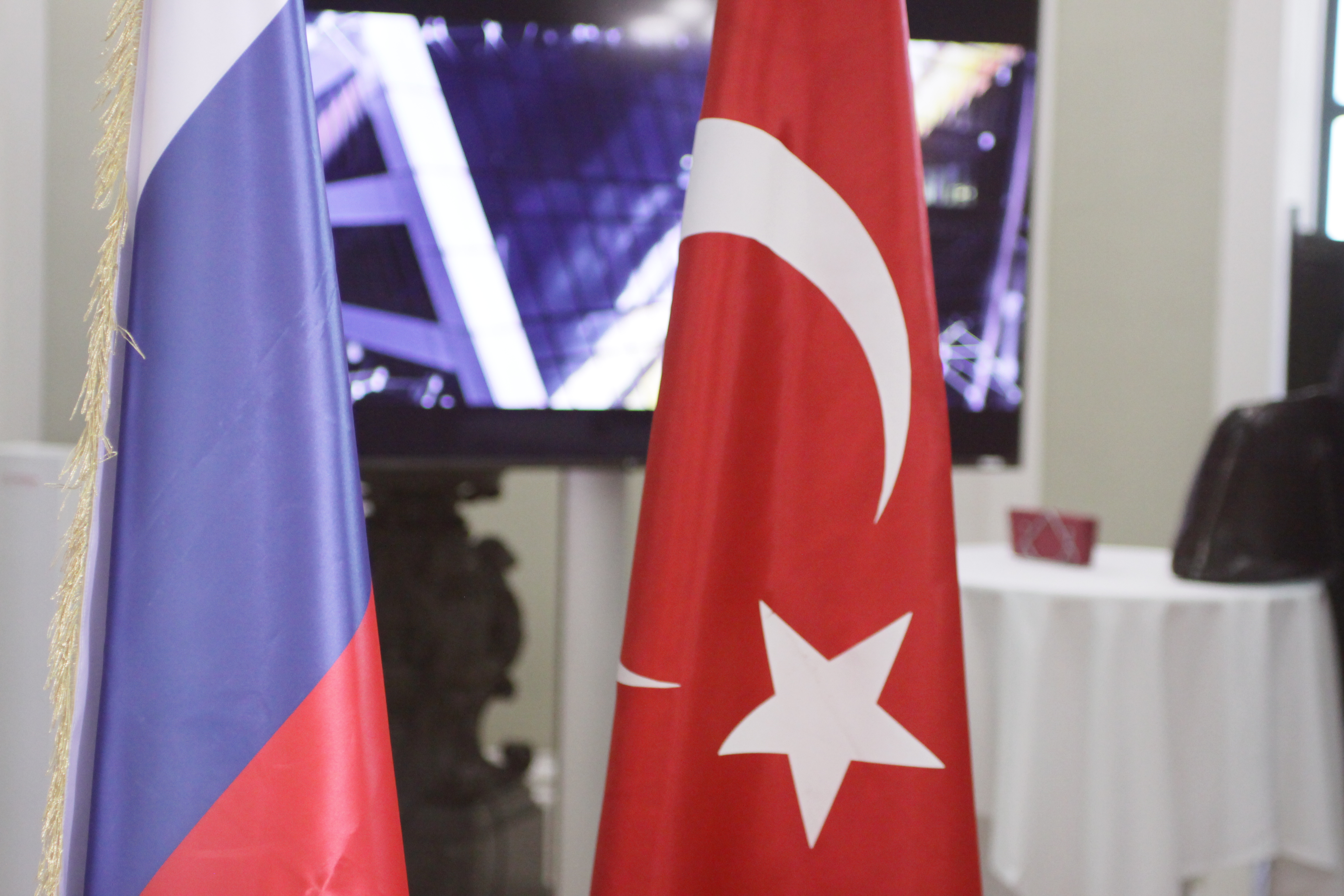 The Russian Business Guide magazine, together with the Russian-Turkish Business Council and the government of the Lipetsk Region, with the support of the Chamber of Commerce and Industry of the Russian Federation and the Russian-Turkish Dialogue Association, held a round table on December 16 “Turn to the East. Industrial dialogue with the countries of the Eastern world. International vector of investments in Russian regions. Lipetsk region".

Through the prism of investment opportunities in the Lipetsk region, the participants discussed international cooperation between Russian and Turkish businesses. The experience of the Lipetsk region in the implementation of projects has formed a positive image of the region not only in Russia, but also in many countries. The participants discussed the interaction of the Lipetsk region and other regions with the Republic of Turkey, showed the investment opportunities of Russian regions, developed mechanisms for the formation and promotion of export potential, export-import flows of Russian enterprises.

The meeting was moderated by Maria Suvorovskaya, Editor-in-Chief of the Russian Business Guide.

There was also a session dedicated to the development of an industrial dialogue between the businesses of the regions of Russia and the Republic of Turkey in the field of metalworking, mechanical engineering and equipment production, at which Alexander Bazaev, General Director of JSC SEZ IP Lipetsk, shared with the participants of the round table the experience and best practices of supporting international business projects in the Lipetsk region.

Turgay Celik, President of the SAMİB Association (Association of Machine Builders of the City of Sakarya), spoke about the development of commercial and industrial cooperation in mechanical engineering between our countries. A cooperation agreement was signed between SEZ "Lipetsk" and SAMİB during the forum.

In addition, speakers at this session were: Serdar Ozaltin, Chairman of Metis Metal, who highlighted the topics of Russian-Turkish trade cooperation in the field of metallurgy and packaging equipment; Oguz Yusuf Yigit, Secretary General of the İMDER Association, who touched upon the topic of cooperation between Turkey and Russia in the field of construction equipment; Sefa Targit, Vice-President of MAKFED, who highlighted the topics of trade and industrial cooperation in mechanical engineering; representatives of other Turkish companies, who analyzed the experience and prospects for the supply of products to the Russian market.

At the next session “Logistics. Building. Infrastructure” topical issues of interaction between countries in this area were touched upon. Atilla Burak Tunç, Business Development Director at Logitrans, and Georgy Vlastopulo, General Director of Optimal Logistics, told the participants of the event about logistics in the new economic reality and shared their experience in solving logistics problems between Russia and Turkey.

Commercial Director of Nawinia Russia Svetlana Pochechueva in her speech “Logistics: new game conditions” spoke about the most noticeable changes in the market, about the transformation of supply chains. And the leading expert on business with Turkey of the company "AK GROUP Turkey" Adil Akavov presented the current state of foreign economic relations and logistics between Turkey and Russia.

The session also raised issues of cooperation in the banking sector, which Svetlana Lunkova, Director of the Business Development Department of IBA-MOSCOW Bank, highlighted in her speech “Business Development with Partners of Azerbaijan and Turkey”, and issues related to production personnel, which were raised in her speech Yury Efrosinin, HR Director of VENTRA, "Production Personnel - 2022: New Challenges and Solutions".