The Head of the Chamber Believes that Foreign Business Would Return to Russia - interview with "Rossiyskaya Gazeta"
30.06.2022 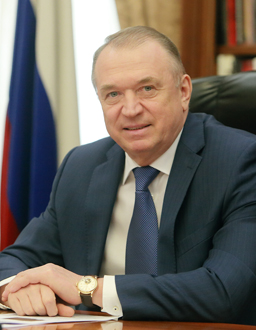 For the most part, foreign business shows no desire to leave Russia and tries to maintain relations with Russian partners. In such circumstances, we should not abandon the cooperation we have been building with them for years. Sergey Katyrin, President of the Chamber of Commerce and Industry of the Russian Federation, spoke about this in an interview with “Rossiyskaya Gazeta” – main Russian official newspaper.

How much does the withdrawal of some Western companies from the Russian market affect today? Are they gone forever? And what about trade relations with the West? Are those ties broken forever?

Sergei Katyrin: You need to understand that we have developed long-term stable ties with the West, especially actively developed in recent decades. And to say that everything, from tomorrow we have no interests in the West, I think, is wrong and completely unpromising. Relationships should be maintained wherever possible.

Undoubtedly, not everyone will be able to maintain them, and these sanctions will be with us for a long time, if not forever. However, I think that somehow countries will slowly start crawling out from under them: at first, without advertising, but less to comply with all restrictions - to buy something, sell something, and so on.

There is also a foreign business that has invested a lot of money in Russia and does not want to lose it. Now some of them are forced to leave Russia, tighten up, reduce the volume of trade and production, and behave more modestly in the Russian markets. However, such decisions are made under strong pressure, primarily from governments, the leadership of these countries and public opinion. In the overwhelming majority of cases, foreign companies do not want to leave Russia. This is evidenced by the results of our numerous meetings with business associations of foreign countries - German, American, French, Japanese.

Anyway, many of them hope that in the future they will return and work in our market. Inevitably, there will be those who want to work with Russia, do business here, keep themselves on our territory, or come later. Therefore, we must maintain relationships with those with whom we worked. At least we in the Chamber try to maintain relations with partners and convey to colleagues that any quarrel ends in peace. And sooner or later we will have to build bridges, so now it is better not to destroy them.