Dmitry Lyubomudrov: “There is no Dominance in BRICS, Every Project is a Balance”
10.11.2022 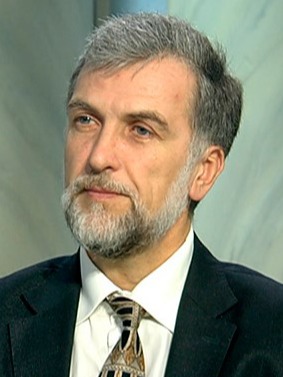 Industrial cooperation and cooperation are not on the agenda of BRICS summits and meetings. But the cooperation of production enterprises on the basis of equality - the main principle of the Association's existence - is extremely necessary and important in the conditions of the formation of new production chains. With these goals, the BRICS Industrial Coalition was created in 2021.
On the sidelines of the International Architectural Congress recently held at the WTC Moscow, representatives of the WTC press service spoke with Dmitry Lyubomudrov, co-chairman of the Council of the BRICS Industrial Coalition, CEO of the Design Process Club, member of the Council of the Russian Chamber of Commerce and Industry on financial, industrial and investment policy.
The BRICS Industrial Coalition was created quite recently, in 2021. For what purposes was it created? Who is in the Coalition today?
The BRICS industrial coalition is an association of enterprises to build production chains in the new conditions, when the unipolar world has ended, and new type macro-regions are just being created. A lot of Western equipment supply chains, repair and service contracts, and logistics have been broken. In fact, the entire commercial world is forced to reformat a large percentage. The global division of labor has collapsed. And we can no longer rely on the Western system, including the system of commercial law, arbitration, logistics, insurance, industrial chains. We can't rely on American microchips or German machines, even if it's all done in China.
If contractors are in the Western world, we are forced to abandon them for the sake of supply and production security. And, since the leaders of our countries have agreed that Russia will build a new world order based on BRICS - these are the words of Russian President Vladimir Putin, the words of Foreign Minister Sergei Lavrov, and other BRICS countries will also build the world order in our macroregion - and this is a big part of the world, then we need new types of tools for this, such as the BRICS Industrial Coalition.
As you know, BRICS is not an organization. If the SCO, for example, has an international General Secretariat, there is a vertical, then BRICS is a club of state leaders. And decisions are made at summits, where it has been repeatedly stated that the leaders of the BRICS states urge and encourage public business associations of their countries to engage in cooperation and build chains of interaction with each other.
For 8 years now, we have had a non-profit partnership, the BRICS Joint Center for Business Cooperation (BRICS UCBC), on the basis of which BRICS industry associations have begun to be created. And in order to have not only intra-industry, but also inter-industry chains, new joint ventures, new BRICS factories, the BRICS Industrial Coalition was created. An industry association is a community in which members can compete with each other, and this makes cooperation difficult, it is difficult for them to build cross-industry chains, since the members of the association are concentrated in one area. And the BRICS Industrial Coalition was created in order for one plant to do one thing, another - another, a third - a third.
The idea was born in the Russian national part of BRICS. We decided that we should set a worthy example. In order to invite enterprises from other countries, we must first assemble our factories and form a national base. Before making investment proposals for a particular plant, it is necessary that he himself prepares his base, products, achieves some success, attracts Russian contractors, partners, and shows that the chain is working. And then, in this consortium, it is already possible to invite companies from the BRICS countries and say: look, we have everything ready, we are guided by the decision of the summits, the decision of the BRICS heads of state, we have prepared the infrastructure, so we invite you and are ready to come to you.
We are already running the first such project - IT Technopark named after A.V. Suvorov under the auspices of the BRICS Industrial Coalition in the Kursk region. IT is the most advanced, fastest, most urgent field. For example, the lack of microcircuits is a worldwide problem, both Western and Eastern countries face it. This is an aggravation of the situation with the Taiwanese company TSMC, American threats of war, the same as in Ukraine. Officially, our factories can no longer receive chips from Taiwan, and they need to be replaced with something. Parallel import - yes, we solve these problems too, but this is a temporary solution to problems. And the real solution is to gather factories of the BRICS and BRICS+ countries, and this is another 50 countries, and what we ourselves cannot do in the machine tool industry yet, take it in China, take it in India, take it elsewhere. Thus, a new joint venture is created, and the manufactured products are offered for distribution to other BRICS and BRICS+ countries.
These countries have earnings and at the same time they are still involved in the control of the process. That is, if you co-invested in a microchip plant, you know that there will no longer be American "bookmarks" there.