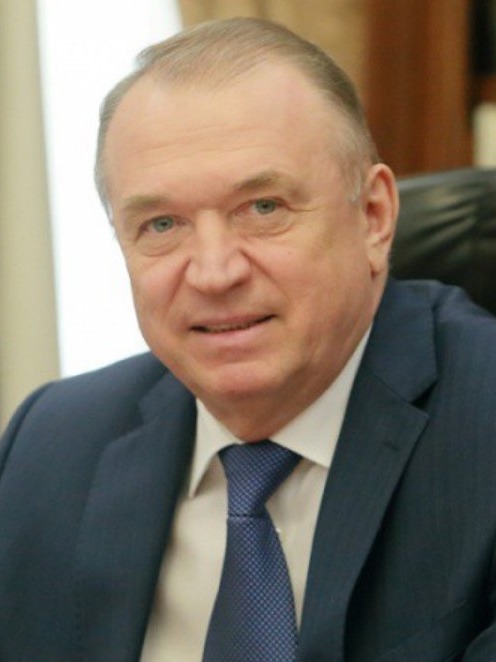 Interest in the BRICS has increased dramatically in recent years. It can be said that a whole line of developing countries has formed, wishing to join this association of states. But how can we explain it?

They are attracted by the alternative, said Sergey Katyrin, President of the Russian Chamber of Commerce and Industry, head of the Russian part of the BRICS Business Council, in an interview with the Novye Izvestia newspaper.

The association, which today includes Brazil, Russia, India, China and South Africa, offers all-round cooperation for the free development of its members, as opposed to the dictates of the global political and economic agenda, which is being promoted with increasing difficulty by the United States today with the help of Western-oriented blocs. “Regarding dictatorship, these are not my words, it was written by Newsweek, but it's hard not to agree with such a statement,” Sergey Katyrin specified.
According to the head of the Russian part of the organization’s Business Council, the development of comprehensive cooperation within the Russia-India-China “triangle”, which became the prototype of BRICS, was once suggested by Yevgeny Primakov, a politician, scientist who headed the Russian Chamber of Commerce and Industry for ten years. The Chamber actively promotes contacts between entrepreneurs from the BRICS countries, reduces administrative barriers, and implements joint projects, Sergey Katyrin stressed.

He said that "the foundation of the organization in 2006, by the way, at the St. Petersburg International Economic Forum, caused, on the one hand, a certain skepticism, and on the other, noticeable dissatisfaction with the United States due to possible competition." "As the authority of the BRICS grows, the US will try to increase pressure on the countries participating in the association in order to maintain the title of the center of world civilization and the world economy that has been appropriated to itself," he said.

Many states do not want to fit into such an American "system of behavior", and the BRICS provides such an opportunity, Sergey Katyrin explained.

The purpose of creating the association is to promote the stable growth of the economies of the BRICS members, finance projects in the field of infrastructure and the organization as a whole, although the countries included in it have different economic potential, are characterized by a powerful developing economy and important resources for the whole world. The economic systems of the Commonwealth members have a huge impact on the world market, emphasizes the President of the Chamber of Commerce and Industry of the Russian Federation and cites the following data: the area of ​​​​the current five countries of the organization is about 30 percent of the entire land mass, almost half of the world's population lives in them. In terms of GDP, China is the first economy in the world, India is the third, and Russia is the sixth.

Many scientists and politicians today call BRICS a "new force" and sometimes even compare it with NATO or the UN. “This is fundamentally wrong,” explains Sergey Katyrin. - BRICS is not a formal alliance. Our organization has no headquarters, we have nothing to do with military agreements. BRICS does not have a charter and a permanent head, there is an annual rotation rule, when the work is coordinated by the next chair country. Members of the organization also have differences in geopolitical approaches. But this does not prevent work to strengthen economic and trade mechanisms outside the current Western framework. The participating countries observe equality and adhere to the principle of mutual respect. The leaders of the five states meet annually, and two dozen working groups have been created within the organization in various areas - agriculture, transport, energy, etc., they solve the issues raised at the next summit.

BRICS has ambitious goals, including counteracting the global economic crisis, improving the quality of life of its population, the transition to high technology in all possible areas of life.
Since 2015, the BRICS Development Bank has been operating - a kind of alternative to the IMF with a shareholder capital of $100 billion. The bank, Sergei Katyrin said, finances projects in the states of the association, naturally, and in Russia.

Work is underway to create its own payment system BRICS Pay, which can be used in the participating countries. A pool of foreign exchange reserves of one hundred billion dollars has been created for use in unforeseen situations. The organization has a Network University with programs for masters, it works on the basis of universities of the participating countries. The creation of its own independent system of credit ratings is being discussed. This is necessary, if only because many well-known current rating agencies in their assessments are not exempt from political influence, which Russia has repeatedly seen from its own experience, said the President of the Russian Chamber of Commerce and Industry. The most promising solution here, according to Sergey Katyrin, is the creation of an Alliance of BRICS rating agencies, united by a common methodology. This will allow maintaining sovereignty in the regulation of credit ratings in each of the countries of the "five".

“Here, in fact, is part of what the BRICS member countries are doing and what, I believe, is very attractive for many developing countries,” Sergey Katyrin noted.

Applications for membership in the organization were filed by Argentina and Iran, just a few days ago - Algeria. Active interest in participation in BRICS.