Africa Strives for a Balanced Relationship with Other Countries. What Will Russia Offer?
13.01.2023 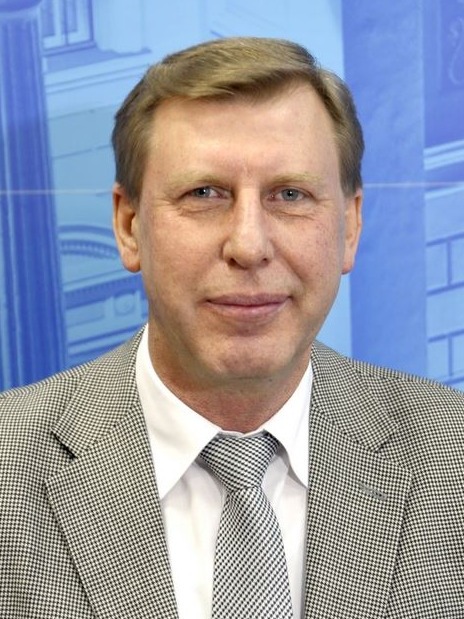 The coming year should be a turning point in the development of Russia's economic relations with African countries. We have good prospects, but we will have to fight for a place under the African sun. We are not alone in appreciating the prospects of this continent. And not only appreciated, but set quite specific goals.

At the US-Africa Leaders' Summit, which took place in mid-December, the White House clearly outlined a course to strengthen the position of American business in African markets. So the competition of the world's leading economies for the inclusion of the continent in the orbit of their interests is intensifying. The recently popular thesis is becoming an axiom that Africa will determine the future - and not only of its people, but of the whole world. From the point of view of economic development and the realization of national interests, it becomes a very specific call for the leading world powers to intensify their actions on the continent.

Indeed, Africa today is a young, dynamically developing market, a continent that contains up to 30% of the world's mineral reserves, which are critical for the development of modern industry and high technology. According to experts, by 2050, 25% of the world's population will live there, and the volume of the consumer market will be $16 trillion. So the importance of Africa for world trade and investment will only increase in the foreseeable future.

Against the backdrop of expert forecasts, the US-Africa summit, in a sense, launched the implementation of the US Strategy for Sub-Saharan Africa, adopted in August 2022. It just determines the goals of strengthening economic cooperation. Including in very sensitive promising areas - in energy, healthcare, agriculture, finance, infrastructure and communication technologies. In general, the adoption of the strategy and the assessment of the preliminary results of the last summit indicate that the United States is returning to Africa in earnest and for a long time. And they are not going to just hand over their positions to their opponents there. During the business forum, which was attended by representatives of about 300 American and African companies, trade deals totaling $15 billion were concluded.

And other countries - China, Turkey, Japan - periodically hold their summits on cooperation with Africa. And Africa itself, in terms of building foreign policy, is no longer the same continent as it was 20 years ago. Despite all the interest in developing foreign trade and attracting foreign investment in the economy, most African countries are striving to build balanced relations with partners. And they want to avoid the negative consequences of major power rivalry. According to Western experts, the current African leaders recall with concern the times of the Cold War, when the confrontation in Africa on the principle of "us or them" in the long run did not contribute to economic integration and building a common market on the continent.

Now about the main thing for us. What will Russia offer in response to all these Napoleonic economic plans?

Today our trade with Africa is $18 billion. We have something to focus on and draw conclusions, developing strategies. For example, China's trade with African countries is almost 260 billion, the US - just over 60 billion dollars.

Of course, we need non-standard and non-sanctioned flexible mechanisms to promote investment and trade with African countries. It is necessary to step up work with African countries on specific projects. Clearly define your competitive advantages in areas in key sectors of the economy. And around them to develop a system of priorities, support measures, promotion.

At the same time, you should soberly assess your capabilities, taking into account high market competition. For example, American experts admit that in Africa, American companies cannot compete with Chinese firms in the construction of roads and bridges. They are offered to focus on cooperation in healthcare, financial technologies and renewable energy sources. It is here that the competitive advantages of American companies are valued especially highly. Maybe we should seize the initiative?

At the same time, we need to intensify work on building a reliable infrastructure that will help level the existing problems associated with the disruption of transport and logistics chains, settlements on transactions, and restrictions on the access of our products to the markets. African partners should be encouraged to introduce systems of mutual settlements in national currencies and barter transactions. Develop preferential trade regimes, create free economic zones, industrial hubs. It is also important to more actively implement our plans to expand the network of trade representations in Africa, to open trading houses and Russian business support centers.

Russian business circles, I know this for sure, are waiting for the concretization of plans and breakthrough decisions that, on the whole, will make it possible to realize the existing potential of trade and economic cooperation. I hope that by the end of next year it will be possible to confidently speak about a new qualitative level in the development of economic relations between our country and African states.